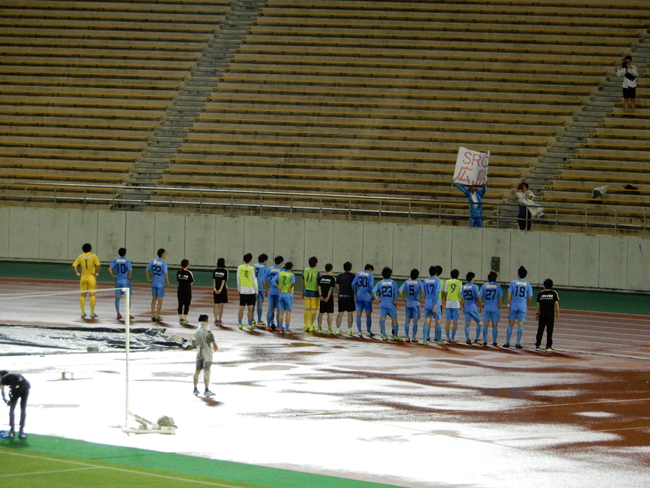 After squeaking through the first round of the Emperor’s Cup, Japanese fifth-tier side SRC Hiroshima found themselves pitted against second-tier Nagoya Grampus in the second.

Unfortunately, what might have been a plum home time for the minnows turned out to be a bit of a sparse affair after Grampus were drawn as hosts.

As such, Hiroshima took a might travelling crowd of just one, solitary fan to the 27,000-capacity Nagoya Mizuho Stadium.

They then wound up on the wrong end of a severe 6-0 drubbing, though the defeated players made sure to pay personal thanks (quite literally) to the only supporter to make the 600-mile round trip…

Proving once again that, when it comes to football fandom, there really is a gossamer-thin line between devotion and insanity.