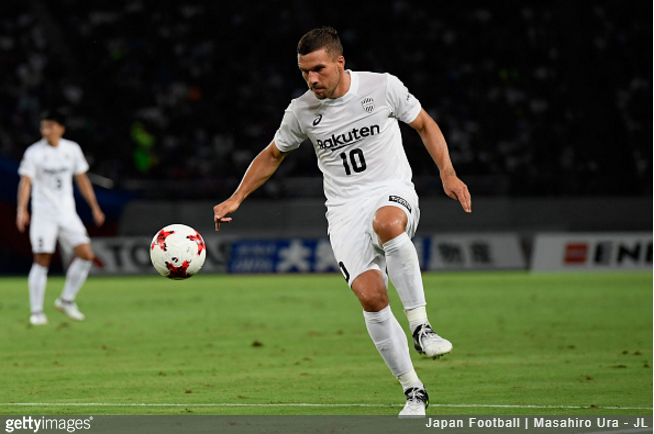 The image actually appeared in a story published by Breitbart’s UK arm about a crackdown on trafficking gang that are supposedly using jet-skis to illegally transport migrants from Morocco to Spain.

For reasons, they chose to accompany this article with a photo of Podolski messing around on a jet-ski during the 2014 World Cup in Brazil… 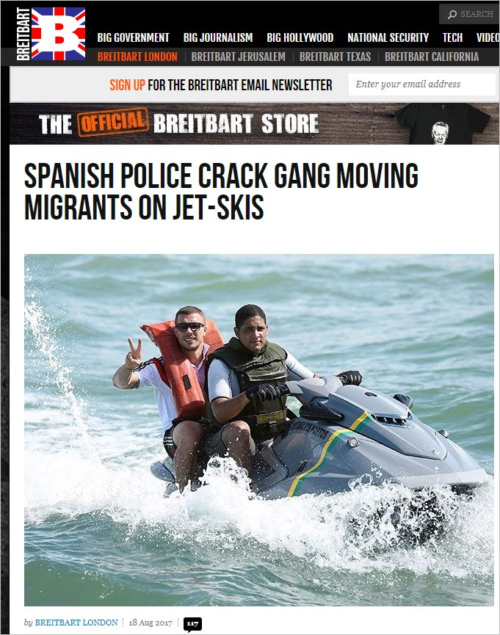 Quite rightly, Breitbart were soon being mocked by all and sundry on social media, leading them to swap out the Podolski photo and issue an apology to the Vissel Kobe forward underneath the replacement image:

There is no evidence Mr. Podolski is either a migrant gang member, nor being human trafficked.

Unfortunately, it would appear that Poldi’s lawyers weren’t quite as flippant about the whole thing, with German paper DW reporting that his legal representatives are now planning to take action.

[The apology] isn’t enough for us. Our goal is also be sure there will not be a violation of his rights in the future.

Let’s hope Poldi and his boys have that hateful divisive rag over a barrel.