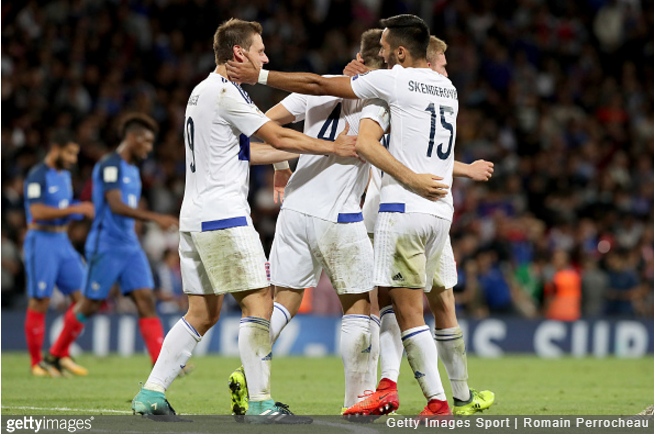 Unlikely as it may seem, little ol’ Luxembourg pulled off the most remarkable result of the international weekend with a landmark 0-0 draw against the mighty France.

Despite fielding an expensively-adorned starting XI featuring the likes of Paul Pogba, Antoine Griezmann and Kylian Mbappe and racking up almost 80% of possession, the hosts ultimately failed to beat the Luxembourgians for the first time in over a century.

Indeed, Luxembourg’s first ever international match came against France in 1911 (a 5-4 victory), but the Red Lions have failed to muster anything other than a resounding defeat against their oldest European rivals since 1914 – until Sunday night, of course.

Didier Deschamps’ side let rip with almost 40 efforts on goal, hitting the woodwork twice, but still ended the evening goalless. It wasn’t all one-way traffic either, with Luxembourg substitute Gerson Rodrigues out-sprinting a frankly knackered-looking Laurent Koscielny only to glance a 79th-minute shot of Hugo Lloris’ left-hand post.

Just to offer a little more perspective, Luxembourg – sandwiched between St Kitts & Nevis and Namibia in the current FIFA World Rankings – have only ever taken a cumulative total of 24 points (from a possible 396) in 132 World Cup qualifying matches since the 1930s – the last of which came against the most ridiculously stacked team France have been able to put out in quite a few years.

Perhaps unsurprisingly, the French press weren’t overly enamoured with the performance offered up at Toulouse’s Stadium Municipal, with L’Equipe going in especially hard on Les Bleus with their post-match ratings…

L’Equipe scores for France 0-0 with Luxembourg.

Koscielny got done when Lux hit the post. Way off the pace. pic.twitter.com/wQWratyDJl

Koscielny paying the price for getting roasted alive by a winger who plays for a middling Dutch second-tier outfit.

In stark contrast, the post-match mood was positively jubilant over in the Luxembourg camp, with players and staff filmed celebrating the famous draw together with a group of travelling fans.

“It’s a day of glory for Luxembourg football,” head coach Luc Holtz cheered after the match, and who can possibly argue with him?