Spartak Moscow have sent a wave of consternation across social media today after posting a racially insensitive Tweet.

The Russian club shared a video of several black players training in the sun in Abu Dhabi, along with the caption “See the chocolate melts in the sun”, with a few chocolate emojis thrown in for good measure. 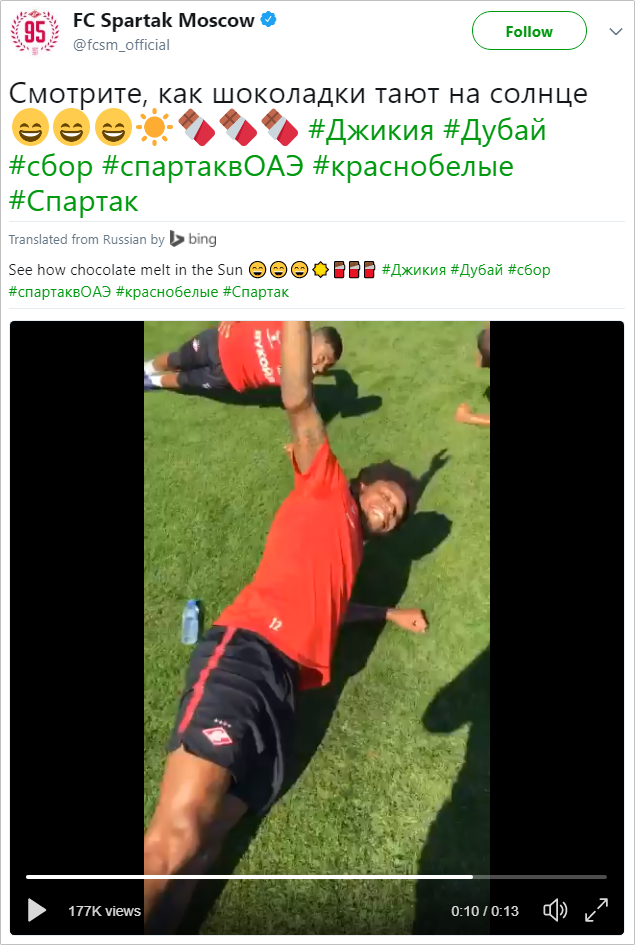 Spartak have already been punished by UEFA for racism this season having been fined £33,000 for offences committed by their fans during a Champions League tie against Liverpool in October.

They are also currently being investigated by UEFA over allegations that Reds youngster Rhian Brewster was racially abused during a UEFA Youth League match at the Spartak Academy in Moscow back in December.

Unsurprisingly, this latest lapse has drawn ire from just about everybody.

This social media post from the official account of Spartak Moscow only continues to highlight the prejudices towards black people in Russia.

It is a reminder, that along with the whole of football, there is significant work to do to eradicate racism of all forms from the sport. https://t.co/x4w3R5CT83

Racism is one of the biggest issues Russia faces in the year they host the World Cup. References like this show how some minorities are seen by some in the country.

For Russia’s biggest club to tolerate and then celebrate racist references of this kind is wrong.

They were sanctioned for Islamophobic chanting recently but clearly the message has not reached the players or the club management.

Not that it makes much of a difference, of course.