Yep, the AFC Under-23 Championship final between Vietnam and Uzbekistan in Jiangsu really did look like a lot of fun, especially for those watching the live feed… 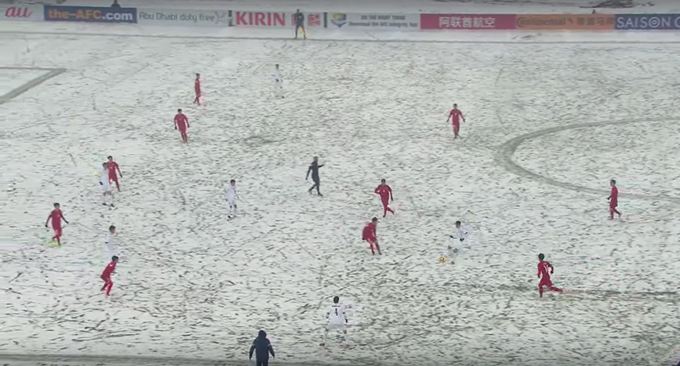 Meanwhile back in China…the final of the AFC U23s is paused to sweep snow off the pitch and restore the markings….not quite sure the centre circle is any longer…an actual circle though. pic.twitter.com/MnioZMTDXW

Pitch has been freshly remarked at halftime in the snow at the AFC U23 Championships final in Jiangsu…just not quite sure they nailed the goal markings though… pic.twitter.com/2cBIfTtn19

In the latest scenes from the AFC U23 Final, halftime has been going for about an hour as they try to clean the snow. Using one crew that did things a half at a time and by the time they’d finished one end the other was covered agin… pic.twitter.com/MYIEY1xKsR

For the record, Uzbekistan (the team in white) managed to secure a 2-1 win in extra-time against a Vietnam team who amassed a sliver over 30% of the possession.