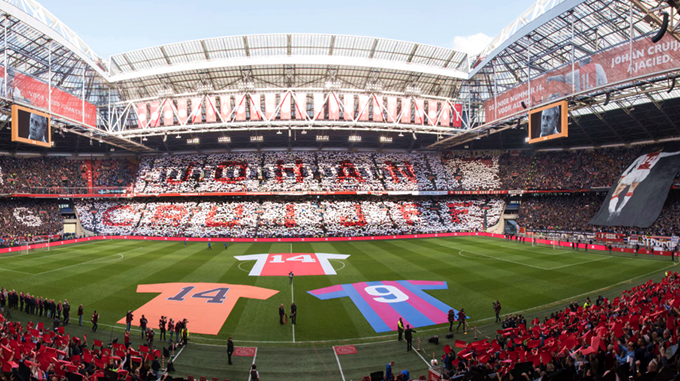 Ajax have announced that, as of the start of next season, their stadium will be renamed in honour of their greatest son, Johan Cruyff, who sadly died in 2016.

Currently the Amsterdam ArenA (with three capital A’s for stylistic reasons), the venue will officially be known as the ‘Johan Cruijff ArenA’ as and when the 2018/19 campaign kicks off.

Johan Cruyff is the biggest football player that Ajax has produced. Partly thanks to him, Ajax is a big name at home and abroad.

It’s nice that the stadium is named after him.

Can’t argue with that. It is nice, isn’t it?