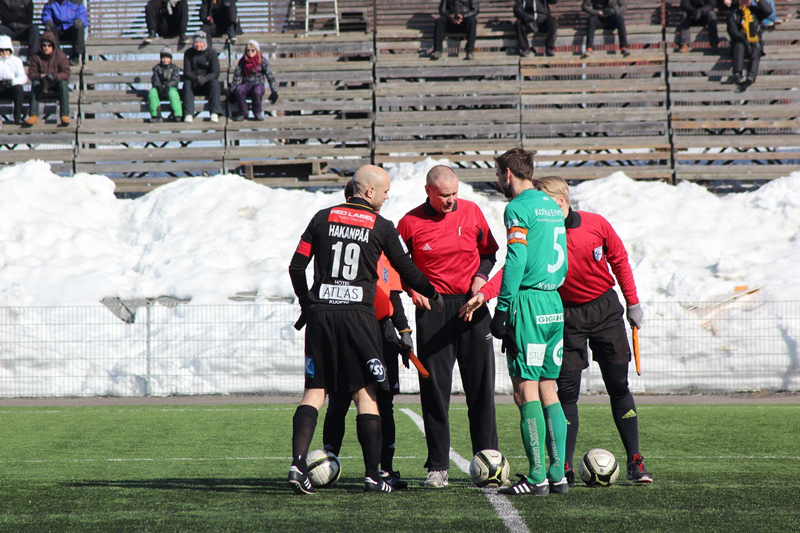 Veikkausliiga, the top tier of Finnish football, have moved to ban all clubs from postponing matches due to bad weather and/or heavy snow.

Just one week before the start of the 2018 season, teams have been told that if they are unable to fulfil scheduled matches on their home pitch then a suitable alternative must be found or else they will “lose their home advantage”.

According to Veikkausliiga chairman Matti Apunen (via BBC News), the ban on postponements is to alleviate the fixture pile-ups that regularly clog the tail end of the Finnish league calendar.

The hope is that the new rules will also force more clubs into investing in “modern and functioning” stadiums with all-weather artificial playing surfaces.

Understandably, some clubs have voiced their opposition to the changes, with the likes of IFK Mariehamn, who are based on the Aland Islands in the middle of the Baltic Sea, claiming that the new stipulations are “unfair”, especially for teams who still play on natural grass pitches.

It would be impossible for us and unfair that we will be forced to play three away matches against (reigning league champions) HJK Helsinki.

We who live on an island will be guilty under the new regulations, and that will be wrong.

However, league chairman Apunen is adamant that forcing clubs to modernise is the only way to develop the Finnish league.