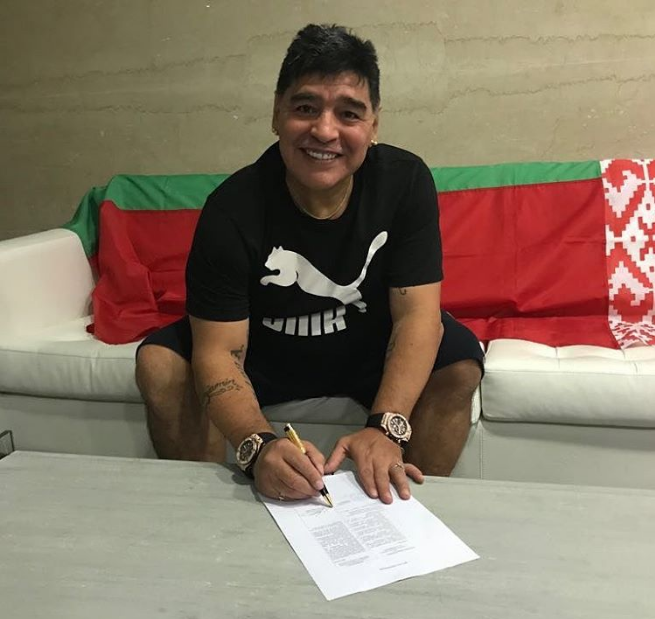 In the latest chapter of his increasingly unpredictable saga, Diego Maradona has been appointed as the new chairman of Belarusian Premier League outfit Dynamo Brest.

Maradona has reportedly signed a three-year contract with Dynamo that is scheduled to begin after the conclusion of the World Cup in mid-July.

The club issued a Tweet to confirm the 57-year-old’s new role, explaining that he will oversee “strategic development” as well as “interacting with all Dynamo’s structural units, including the children’s academy”.

Maradona was free to take the role after recently leaving his position as manager of Al Fujairah having failed to win promotion from the second tier of the UAE league.

It was then reported that he was the heavy favourite to step back into his own breach, before the surprise announcement was made by Dynamo Brest.

How long do you give it before it all goes tits up?