A wonderfully French reaction by Nicolas Anelka to his 18-match international ban:

“The so-called punishment has no relevance whatsoever because, for me, the French national team was an issue which ended on June 19 when I was kicked out of the training centre at Knysna.

“This is just to entertain the public, to turn the page because Laurent Blanc needs to be able to work in peace.

“These people are clowns. I am dying with laughter.”

That last bit is magic. 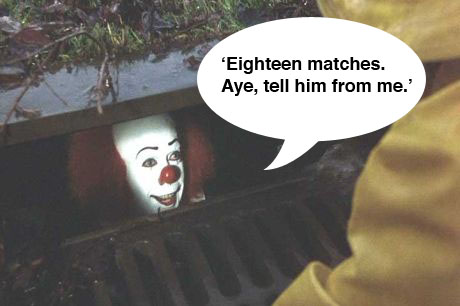 I agree with Anelka. The ban is a joke. It’s Raymond Domenech who’s the clown at the heart of this. Okay, the French players took it too far, and essentially disrespected their own fans, but the French Football Federation caused this by keeping on the woeful Domenech past his sell-by date.

Anelka probably isn’t so bothered by the prospect of never playing for France again, but I still reckon the ridiculous 18-match ban will eventually be slashed to something more realistic.