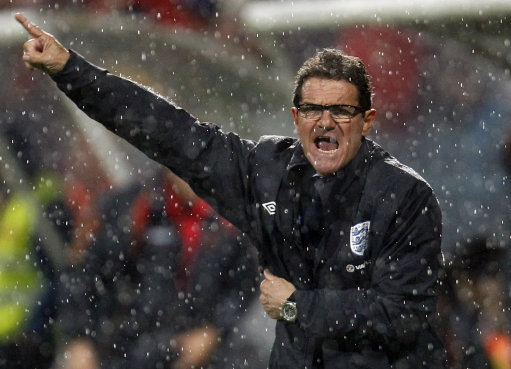 Word has it, or rather, the Independent has it that Fabio Capello is ducking out of his youngest son’s wedding to watch England get mauled to bits by Spain at Wembley on Saturday – a game, it’s perhaps worth pointing out, that is nowt more than a friendly.

Pierfilippo, 36, is tying the knot with his long-term partner Tiziana (Crudeli?) in Milan (It is T-Crud!) on Saturday, which wouldn’t have been a problem as England’s game was originally pencilled in for Friday. However, the Spanish FA had it nudged back a day to give their Barcelona contingent time to recover from their Copa del Rey excursions against L’Hospitalet tonight.

According to the Indy, Pierfilippo has taken the news rather well, saying it’s ‘absolutely not a problem’ that his old man won’t be in attendance as the couple already have two kids together and the wedding is just a ‘formality’.

And they say romance is dead!