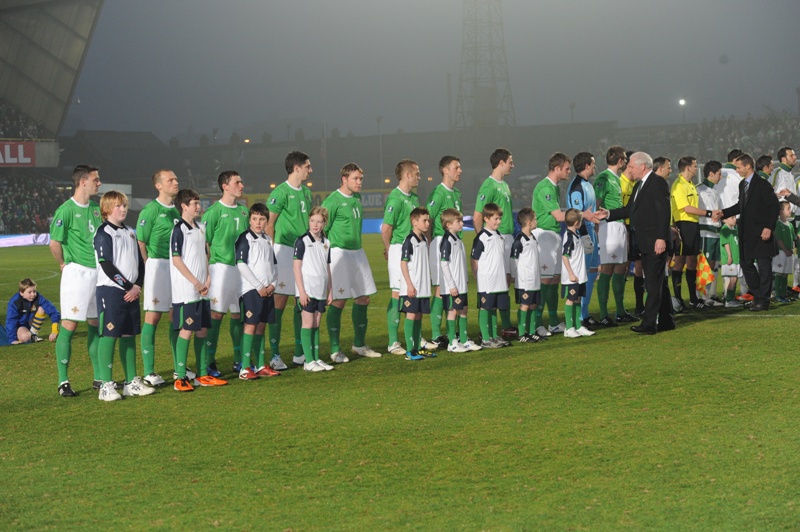 In recent years, there has been a constant trickle of players from Northern Ireland switching allegiances to the Republic, including Manchester United’s Darron Gibson and Stoke City’s Marc Wilson. Now, Northern Ireland legend Gerry Armstrong, who is currently the Irish FA’s ‘elite player mentor’, has suggested that ditching ‘God Save The Queen’ could entice more players from the country’s nationalist background to play for the North.

“It is an issue which is sensitive to a lot of nationalist lads,” he added.” It (the anthem) was an issue that was brought up on several occasions and it’s something that I am aware of.”

“It might have been a reason, maybe, why some of them didn’t want to play for Northern Ireland, ” continued the 63-cap former player. “I do think it’s something that needs to be talked about. Where it goes, I just don’t know.”

Both Scotland and Wales have their own anthems so creating a new one for Northern Ireland wouldn’t be that revolutionary. Indeed, Armstrong has even had preliminary talks with Snow Patrol’s Gary Lightbody in relation to composing a new anthem, although surely Dana should be first in line for the job?

Armstrong, from a nationalist background himself, (and scorer of that famous goal against Spain in 1982) does talk sense. However, one wonders what the players (and fans) from the Unionist side will say about the proposed change?