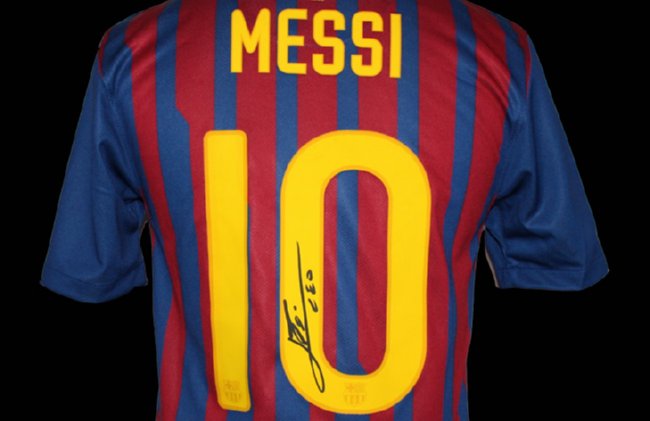 The first two of our Christmas gift ideas were, admittedly, a little bit on the shonky side. Who in their right mind would want a Hannover 96 toaster for Christ’s sake? Okay, I would – but that’s by the by.

This Yuletide pointer carries with it a smidge more prestige than our previous efforts, in so far as they’re actually presents that the football fan in your life would most likely be cock-a-hoop at receiving on Jesus’ big day. I know I would be.

ICONS are a US-based football memorabilia store specialising in 100% genuine (and they’ve got the photos to prove it) products autographed by the biggest names in the game. Whether you’re after a Barca shirt with Leo Messi’s squiggle on it, Wayne Rooney’s pawprint on a Manchester United jersey or football boots signed by the likes of Sergio Aguero, Robin van Persie or Luis Suarez, it’s all there.

In fact, how about a signed photo of Vinnie Jones giving Gazza’s plums a squeeze back in ’87 for your Grandma? Trust us, it’d look amazing on her mantel piece… 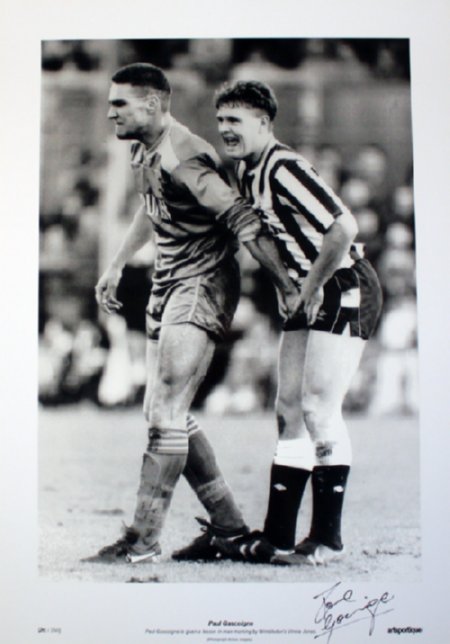 As we say, ICONS are US-based and therefore tailored to the American brethren among our number here on Pies, but they also ship to the UK just in case any of our homegrown talent have also left their Christmas shopping late again this year.

Which you have, haven’t you?