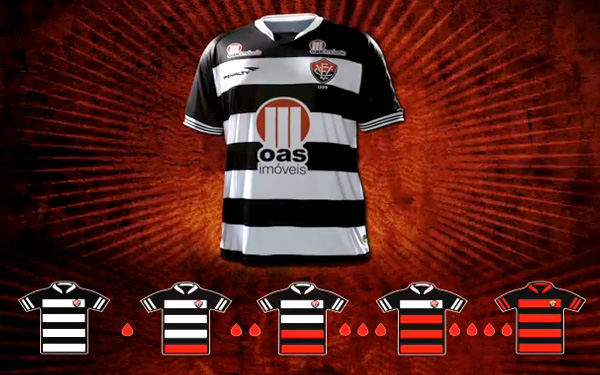 Rather than the standard pitchside advertising hoarding or square-inch advert in the match programme, Brazilian Serie B side Vitoria have conjured up an ingenious way of promoting the club’s blood donation campaign.

Nicknamed the ‘Red and Blacks’, there’s no prizes for guessing what colours Vitoria usually play in. However, ahead of the new season, the club have ‘drained’ the red hoops from their home strip in a bid to raise awareness and get their fans to donate blood for transfusions and the like.

The red hoops on the home shirt will then be replaced one-by-one as the level of blood donated rises, until the shirt is eventually restored to it’s former glory when the target is met. As we said, ingenious…