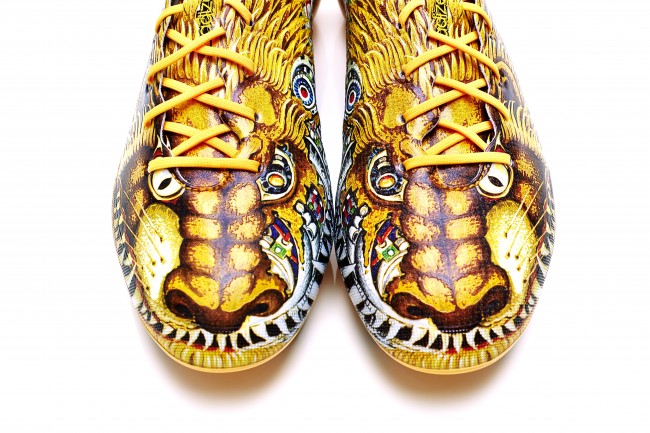 Wow. Just…wow! What you’re staring in disbelief at here are the new, limited edition F50s which have been designed for Adidas by acclaimed Japanese designer Yohji Yamamoto and are to be worn this weekend by the likes of David Alaba and Lucas Moura among others.

Limited to a run of 2,000 pairs, Yamamoto’s design features an “imperial lion-dog”, which were said to guard Japanese emperors back in days of yore – though, according to the blurb, “the traditional design has been placed in the context of Japan’s modern sci-fi culture creating a spiritual connection between the past and the future.”

If you fancy a pair, they’re going to set you back over £200, but rest assured you’re getting a unique pair of boots if you decide to dip into the car insurance fund or not eat for a fortnight, etc.

We can’t quite decide if we love them or find them truly ghastly at the moment! What say you?