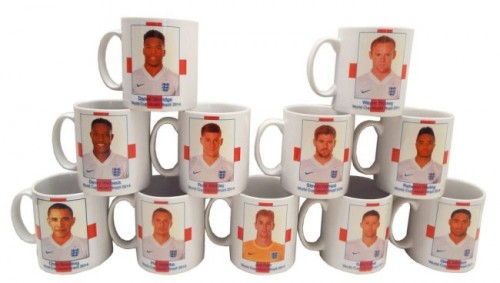 When it comes to cheap World Cup tat, England seem to do it better than most, with piles and piles of naff St. George-smattered merchandise being piled high and sold cheap for weeks before any major tournament.

The quality control is usually fairly low on most of these aforementioned products, but a World Cup souvenir company have well and truly taken the spoils when it comes to the most spectacular merchandising cock-up of Brazil 2014.

The company, who do not wish to be named, have had to flog their entire stock of World Cup mugs after it was noticed that Chris Smalling’s mug featured a minor but noticeable printing error… 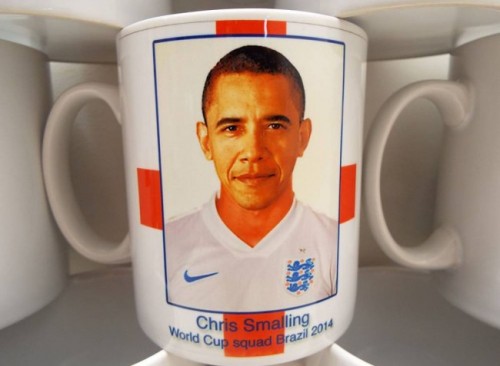 After noticing the fatal flaw, the souvenir company have had to sell their entire 2,000-strong stock to a Dorset-based clearance wholesale company at pennies on the pound in a bid to get shot of them.

The fault was apparently that of an intern, who got it all kinds of wrong after being tasked with finding a royalty-free image of Smalling.