With the Belgian Pro League struggling to tread water in competitive terms, the whole shebang took a gigantic toe poke in the credibility yesterday when Standard Liege were forced into DIY customisation of their home shirts in order to avoid an unforeseen kit clash with opponents Charleroi.

With Charleroi turning out in their traditional predominantly white “zebra stripes” kit, Standard’s strip was deemed too white by officials shortly before kick-off.

According to AD Sportwereld, Standard officials were unwilling to switch to their black away kit for sponsorship reasons, so the club had their players manually alter their home strip by blocking up the white expanses with red duct tape… 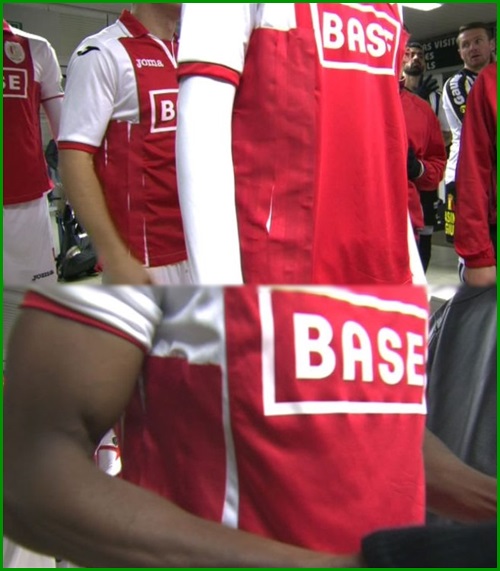 Apparently the tape started to peel off in the first half due to the rain so Standard then had some poor sod run out at half-time and get the shirts sprayed red with aerosol paint at a local garage.

You really couldn’t make this crap up!