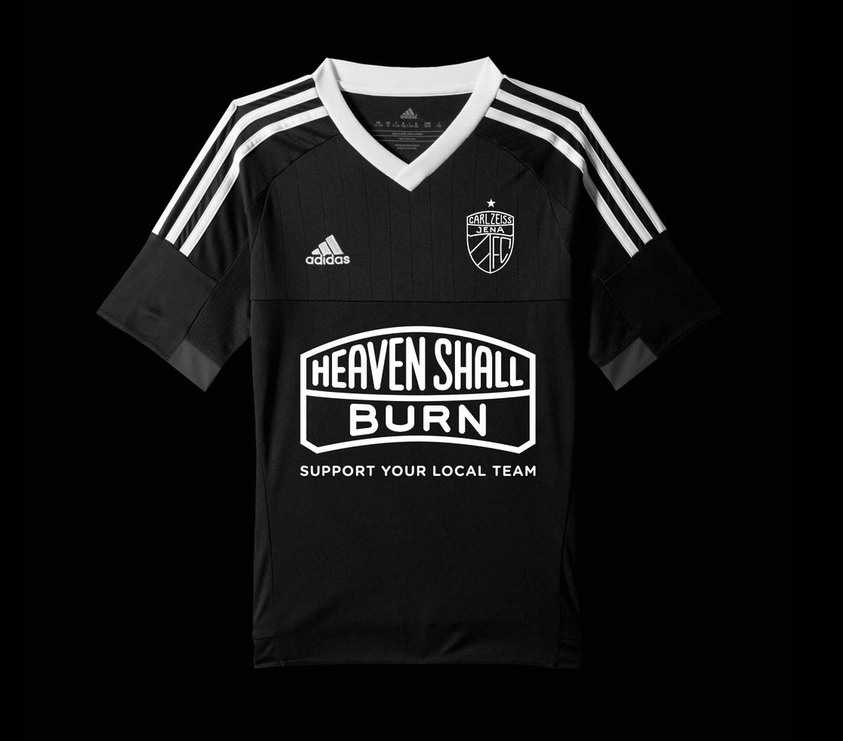 German lower league club FC Carl Zeiss Jena are to take to the field in what must surely go down as the most badass football kit since time immemorial this weekend.

Eschewing their usual white, blue and yellow strip, the Regionalliga Nordost club are to play their final game of the season against 1. FC Magdeburg while wearing an all-black kit with “HEAVEN SHALL BURN” emblazoned right across the front of it.

Heaven Shall Burn are a German heavy metal band who hail from FC Carl Zeiss Jena’s hometown of Thuringia, and have arranged to sponsor the club on a one-off basis to plug their new album, “Veto”.

“For us, we are big fans Zeiss and as football supporters, this project is a dream come true.”

“We are concerned primarily about the message: “Support your local team”.

“Any fan who supports the club on his doorstep deserves our respect.

“We are not about showing the big middle finger. The point is not to forget the little guys and their meaning to their respective city, region and society.

“We are Jena fans and now we have the chance to return as musicians who, to some extent, are surprised by our own success.

“And we do it gladly and call on you to do likewise: Support, whether as a fan or sponsor, the club in front of your door. This is important. “

Brings to mind that glorious time when Clydebank FC had a similar, though distinctly less badass idea… 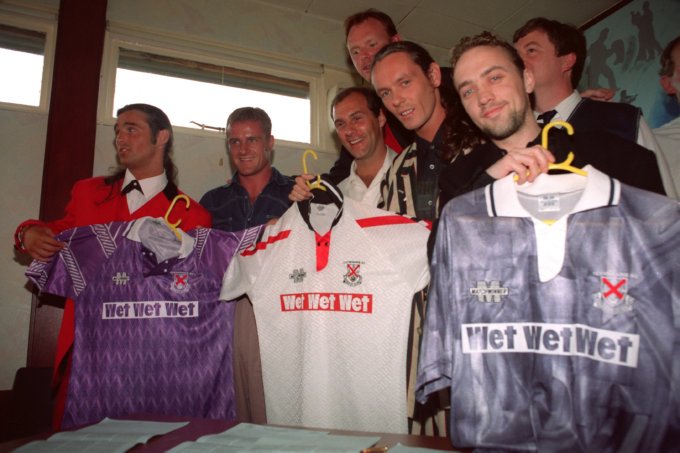