With Umbro bang on point yet again, West Ham’s new home kit for 2015/16 both pays homage and waves goodbye to the club’s home of 111 years.

As the Hammers gear up for one last season at Upton Park before moving into the Olympic Stadium down the road, they will do so wearing a kit inspired by the very first strip worn by the Hammers at the Boleyn Ground in 1904 (also made by Umbro)… 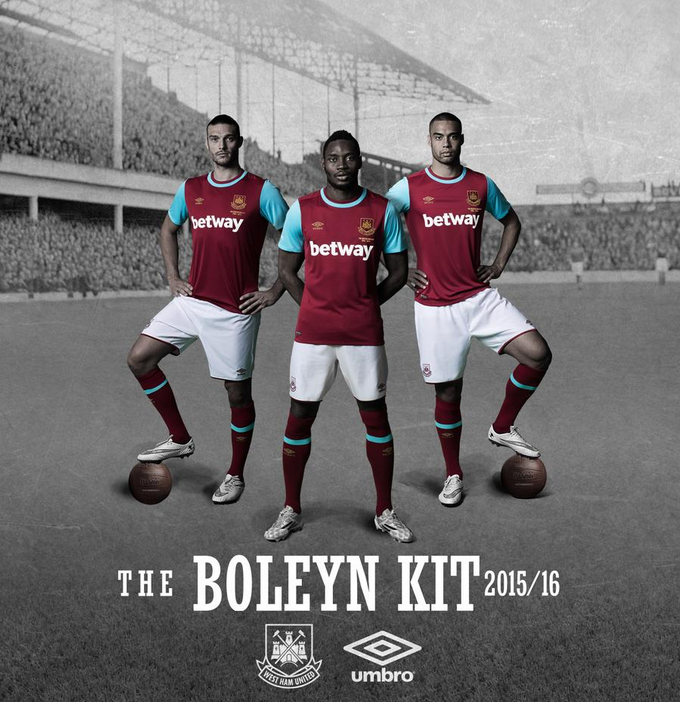 Under the @whufc_official club crest, gold lettering marks the 112 years spent at the Boleyn pic.twitter.com/Bn0uDv7gDr

The back of the new 2015/16 @whufc_official shirt features a special sign off to mark the years spent at the Boleyn pic.twitter.com/6mtiHQxHLX

Initial reaction has been unilaterally positive across the board, with droves of eager West Ham fans even crashing the club’s website in the minutes after the first photos began circulating on social media.