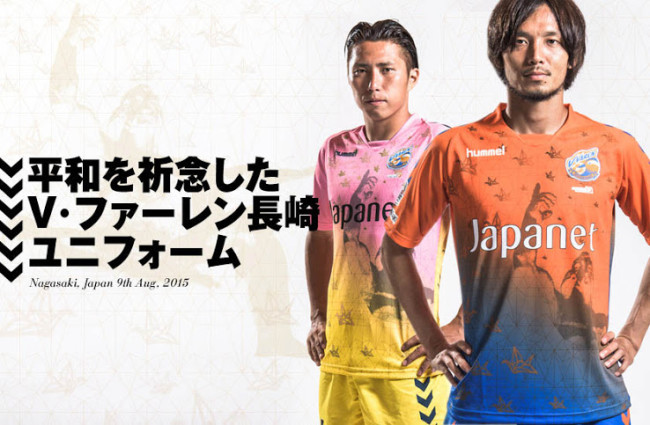 As Japanese sides tend to do over the summer, V-Varen Nagasaki have released a special kit – this one commemorating the 70th anniversary of the atomic bombing of the city during the Second World War.

Nagasaki was devastated and tens of thousands of people were killed when the atom bomb was dropped on 9th August 1945 (three days after Hiroshima was hit), with memorials being held throughout Japan this week as a nation “prays for peace” in unison.

To tie in with the commemorations, V-Varen have produced their very own “Pray for Peace” kit, with the shirts – orange and blue for the outfield players, pink and yellow for the goalkeeper – featuring both the image of an origami crane (a symbol of good luck and wellness in Japanese folklore) and the statue of a praying man created in Nagasaki by the artist Seibo Kitamura. 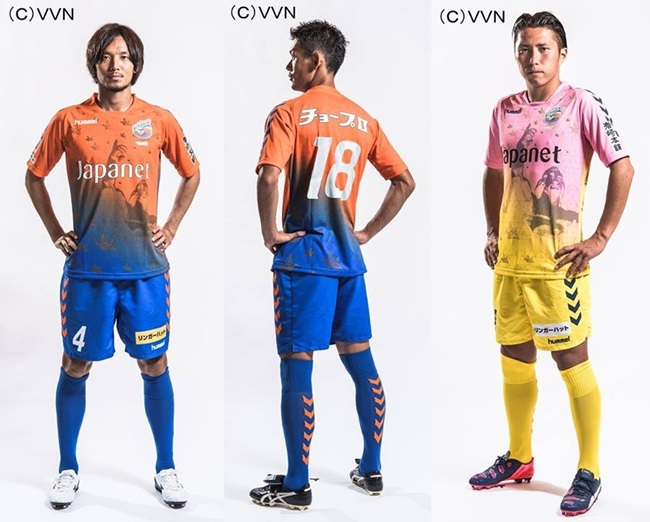 “The peaceful pray statue in Nagasaki and the folded paper crane are part of the design of this jersey,” said V-Varen’s head coach, Takuya Takagi.

“We can feel Nagasaki from these points. Playing in this jersey at the two matches is very significant. Especially the match on the 8th of August which is the day before the atomic bombing of Nagasaki.

“We would like to face the match with the mind of pray for peace and convey the preciousness of peace to new generations.”

This is how said match began…

This isn’t V-Varen’s first anniversary kit of the summer break either, with the J-League club issuing their take on the “tuxedo kit” a couple of months ago to celebrate their 10th year of existence.