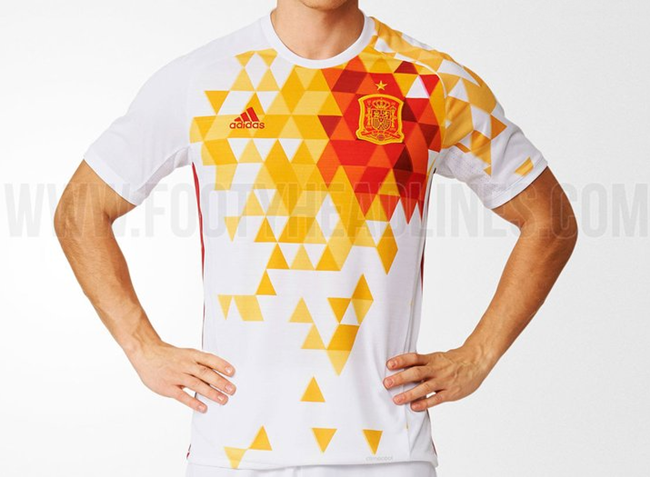 While the home kit is a fairly standard and sedate Roja-themed effort, Adidas have slapped their balls out of the bath in designing Spain’s change strip for Euro 2016.

Described in various quarters as a “waking nightmare” and looking like “paella vomit”, the predominantly white shirt features a tessellating cascade of coloured triangles over the chest, ranging from ‘Charred Habanero’ to ‘Dreamy Blancmange’ (approximately) on the Dulux colour chart.

Here’s the rest of the leaked images… 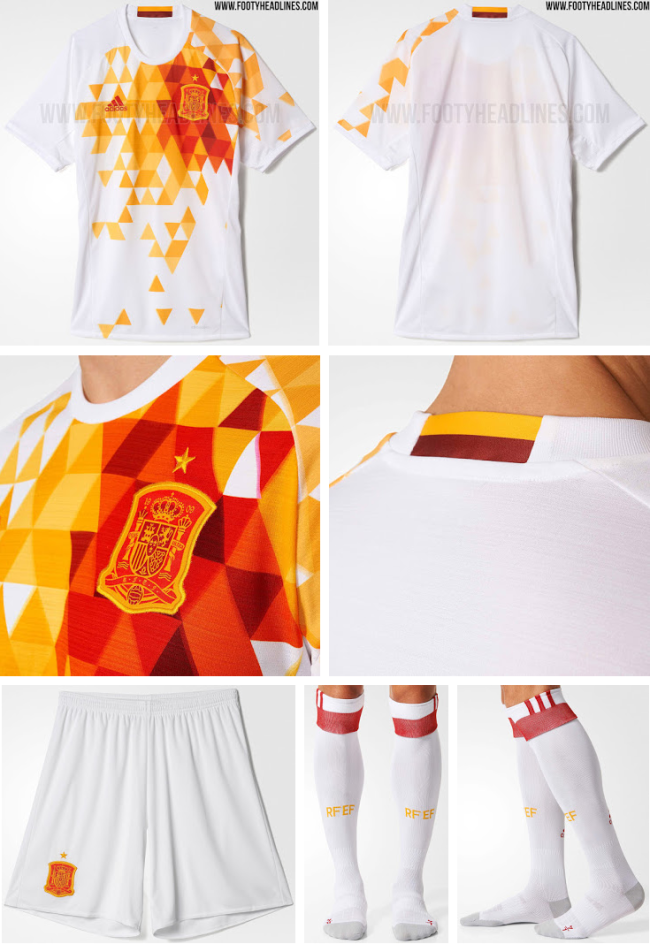 Whisper it, but we actually sort of like it.