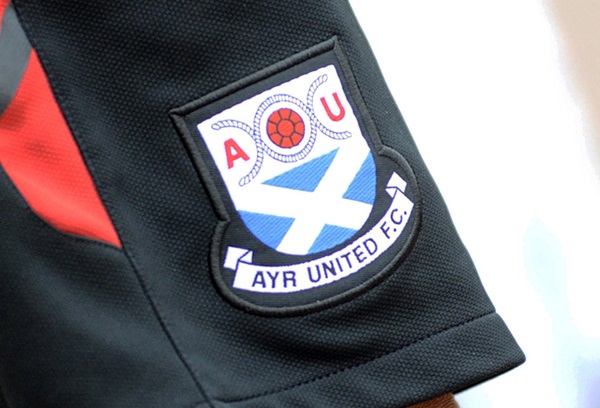 Scottish side Ayr United are facing the very real prospect of having to completely redesign their club badge after falling foul of heraldry laws dating back over 350 years.

Ayr have been told that they could face legal action from the Lord Lyon, the Scottish state office in charge of Coats of Arms, if they refuse to re-jig the badge they’ve proudly been displaying on their kit since 1948.

Indeed, it would appear that the club have been reported for sporting St. Andrew’s Saltire (the Scottish flag) on their shield-shaped badge, which makes it an unregistered coat of arms – an illegal offence under heraldic laws that date back to 1672, during the reign of King Charles II.

According to the Daily Record, Ayr were reported to the Lord Lyon by a supporter of a rival club.

Ayr chairman Lachlan Cameron was quite understandably taken aback by the news, telling the paper:

This has come as a huge shock to us. Our badge is hardly something new and we are immensely proud of it.

We can’t stop another football fan being disgruntled and petty, but this could have a big impact on the club.

Having held talks with the Procurator Fiscal (their local public prosecutor) already this week, Ayr have estimated that a redesign would be a “branding disaster” that could end up costing thousands of pounds.

The club will likely be forced to remove the Saltire as and when they apply to Lord Lyon to redraft their crest, as the flag is usually restricted for use on or by national institutions.

I have made suggestions to the club about what changes they can make.

We are dealing with the oldest heraldic register in the world here. It is a very serious matter.

As fellow Scottish side Airdrie United were forced to do after crossing paths with Lord Lyon earlier this year, Ayr will either have to prove that their club emblem is of national significance or go back to the drawing board.

May we suggest they throw in the words “F**K YOU” on there somewhere as a special nod to the anonymous fan that dobbed them in.