Corinthians have released a lovely new retro shirt which features both the club crest and colours of Torino in loving homage to the Brazilian side’s oldest international football adversaries. 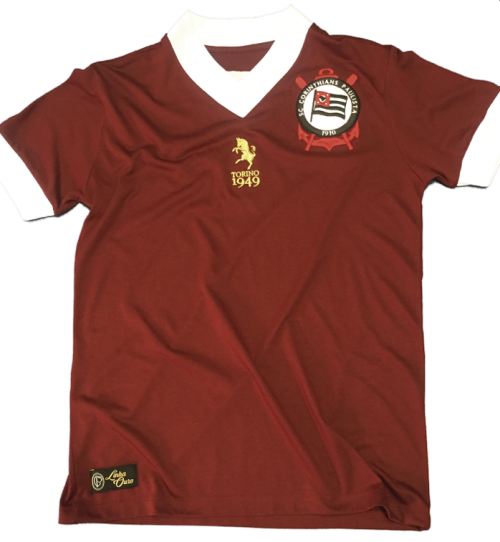 Mighty purdy, ain’t she? Sadly, however, the shirt won’t be worn by players at any point though it will be made available for fans and collectors to buy.

Anyway, allow us to fill in a few of the missing details:

Torino provided the nascent Corinthian team with their first ever foreign opponents in 1914. The Italian’s won 3-0 on the day, though Corinthians had only been in existence for four years at the time.

The two clubs have remained closely intertwined ever since. 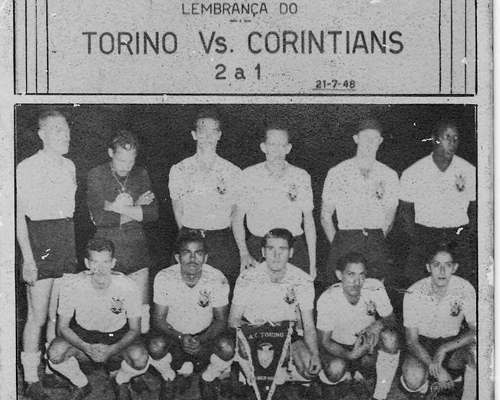 Several decades on, Corinthians were the only team to defeat the famously impervious ‘Grande Torino’ side on their international tour in 1948.

A year later, just four days after the Superga airline tragedy that claimed the lives of all but one of the entire Grande Torino team, Corinthians played a league game wearing maroon shirts in solemn tribute.

Skip forward to 2011 and Corinthians rolled out a special third kit that once again proudly referenced their Italian buddies by featuring Torino’s patron saint, St. George, across the chest… 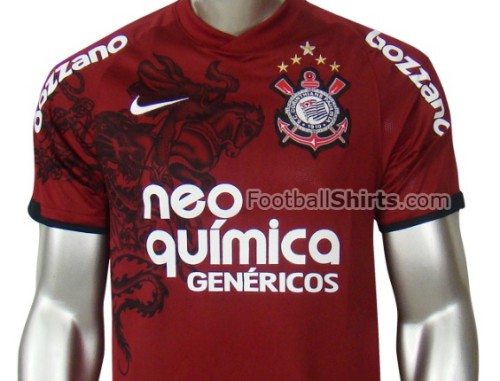 In an increasingly cynical and calculated industry, it’s really rather adorable.