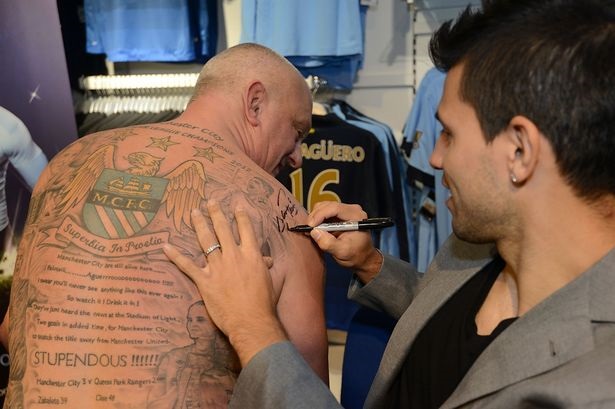 Good luck getting that thing off, mate

The top brass at Manchester City are mulling over taking the unusual step of offering complimentary tattoo removal to their fans should the club press ahead with their plans to redesign their crest.

After consulting their fans, City recently announced that they intend to redraft their badge – ditching the current eagle shield in favour of a return to a more traditional round emblem.

As part of the proposal, club executives have been mulling over the idea of offering free laser removal surgery to any tattooed supporter who wishes to have the old badge removed from their person.

According to The Sun, the gesture could end up costing City “a small fortune”.

However, with a recent share sale valuing City’s parent company at £2billion, it shouldn’t make too much of a dent in the coffers.