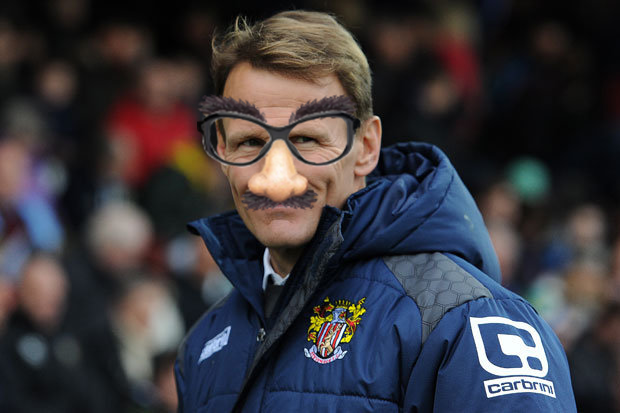 Like a spurned lover secretly watching his ex-wife eat lunch with a work friend from a van parked across the street, Teddy Sheringham has admitted that he found his recent break-up with Stevenage a little hard to take at first.

Sheringham was relived of his duties on the first day of February after just eight months in charge at the League Two side having managed just seven wins in his previous 33 games as head coach.

However, rather than leaving with his dignity intact, the 49-year-old revealed he actually donned a disguise in order to attend the match directly after his sacking just to see how the players reacted.

Speaking to The Times, Sheringham said:

I got the sack on the Monday and Stevenage were playing at home and I wanted to see how they reacted to my sacking, so I went to the game on the Saturday incognito.

I went in disguise, put it that way. I wanted to see what the reaction of the players and supporters would be.

I just wanted to get a vibe of how things were.

Stevenage lost 1-0 at home to Crawley, though weirdly the away side’s winning goal seemed to be loudly cheered by one Stevenage fan wearing large novelty glasses and a sequined bowler hat.