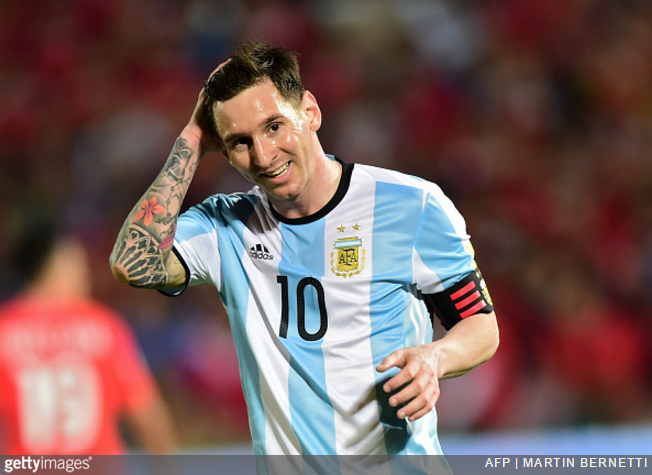 Lionel Messi has unwittingly fallen foul of a number of Egyptians despite just trying to do the decent thing by donating a pair of his boots to a charity auction.

During an interview with the wonderfully-titled ‘Yes, I Am Famous’ television show, Messi told the presenter he’d love to help out by allowing a pair of his boots to be raffled off to raise a bit of cash for charity.

Sadly, what the Barcelona star hadn’t factored into his reckoning is that shoes are commonly used as a symbol of disrespect in Egypt and most other Arabic countries, leading several fans to jump onto social media to express their fury at the well-intentioned gesture.

Some fans even decried presenter Mona Al-Sharqawi for holding Messi’s boots with her bare hands on air.

Here’s just a small sample of the outcry, as translated by BBC News:

“This is the most disgusting. He was paid thousands of dollars and at the end he donated his shoes and the stupid presenter was happy,” (@Sala77ar7ash)

“Egypt’s name is greater than Messi’s shoes. This is a big insult to Egypt,” (@sulimanahmad670)

“Wake up Arabs and smell the coffee. No time for sleeping. She [presenter Al-Sharqawi] should have refused this insignificant donation,” (@awatifalqaisey)

You try to do something nice…