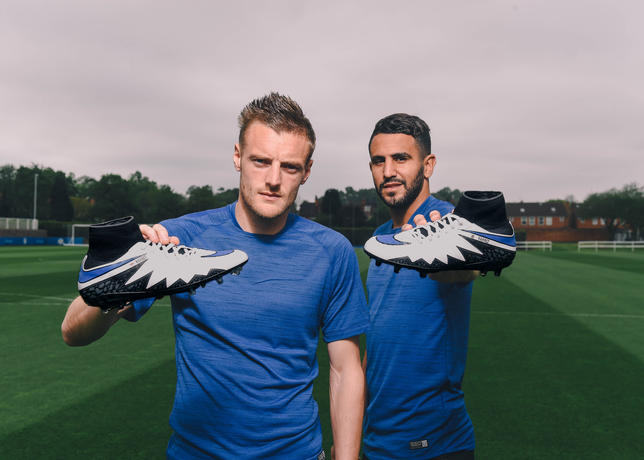 Nike have seen to it that Leicester City’s two top goalscorers will take to the pitch in customised boots for their final game of the season against Chelsea tomorrow.

The Foxes’ pair have both been furnished with a custom pair of Hypervenoms decked out in a special blue and white ‘Vahrez’ (that’s Vardy + Mahrez in case you were struggling) colourway.

Anyway, the only difference (other than the asymmetrical colours being reversed) is that Vardy’s boots have the English flag stamped on them while Mahrez’s are adorned with the Algerian one.

Pointless, yes, but we’ll give Nike kudos for trying.