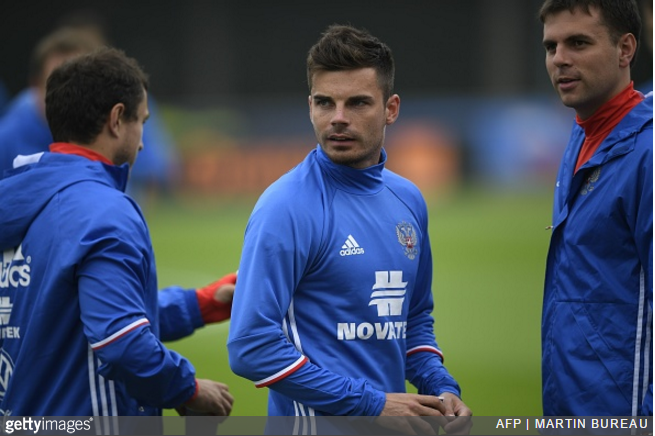 Artur Yusupov, above, was forced to cobble together a training kit and borrow a pair of boots after receiving a surprise late call-up to the Russian Euro 2016 squad just days before the tournament is due to begin.

The Zenit St. Petersburg midfielder was on holiday in Monaco when he was told that he’d be replacing the injured Igor Denisov in the squad.

Denisov twanged a hamstring during Sunday’s friendly against Serbia which fortuitously took place in Monaco, meaning Yusupov didn’t have far to go.

Indeed, he was even staying in the same hotel as the Russian team.

“This is just the way it happened. After being on holiday for 14 days, of course I am going to be a bit out of shape,” Yusupov is quoted as saying by Reuters.

“I don’t really know what sort of physical condition I will be in.”

After being called-up at the 11th hour, Yusupov flew with Russia to their Euro 2016 base near Paris and then took part in their first official pre-tournament training session on Sunday afternoon.

“I was supposed to fly back to Moscow [on Sunday],” Yusupov said.

“I didn’t even have my football boots with me and none of the clothes that I needed.”

Russia are now scheduled to open their Euro 2016 campaign against England in Group B on Saturday night.

Whether Yusupov will have his boots with him by then is anybody’s guess.