West Ham’s media team have scored a number of own-goals in the past few seasons, with misjudged Tweets and that dismal Boleyn Groun farewell ceremony. Well, we can now add the club’s 2016/17 kit launch to the list of disasters, after a bizarre rap left us wondering what in the name of almighty God we had just witnessed. And why. 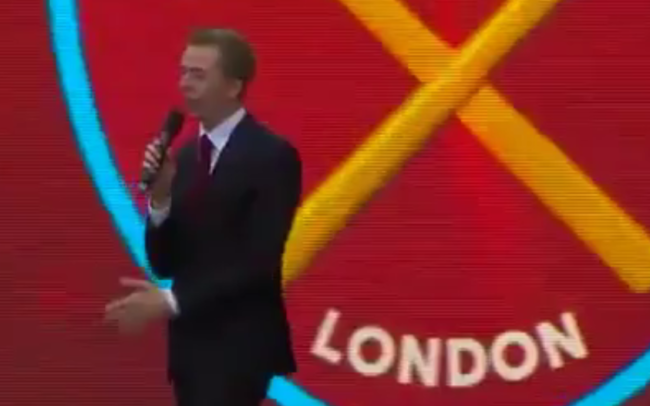 The snazzy event took place at the Hammer’s new Olympic stadium home and was, according to the club blurb, “Streamed live on the Club’s YouTube and Facebook channels and produced in conjunction with content agencies Brawl and WTF Creative, the launch set a new standard in digital engagement by a Premier League football club.”

However, we’re not sure if the media ‘creatives’ decision to get the compere, who looked like the bastard pre-pubescent child of Michael Gove and Aled Jones, to break into a ‘comedy’ rap about suits (yes, really) hit the right note, with the whole thing descending into utter cringe…

Someone at West Ham thought this was a sound idea for their kit launch pic.twitter.com/4X2WpODwTL

Now, it may well have been a totally improvised rap, but even that would make it only very slightly less appalling. Anyway, while the rap failed to impress, the new kit itself is rather fine…

However, as for the rapper, he ain’t no MC Hammer. What a load of utter rap!