We ask you: What better way to celebrate your beloved football club’s 150th year of existence than by dropping £16 on a worthless nubbin of purest tat?

Well that’s exactly what Chesterfield are asking their devout supporters to do, with the tat in question being this truly crap “150th anniversary garden gnome”, on sale now in the club shop… 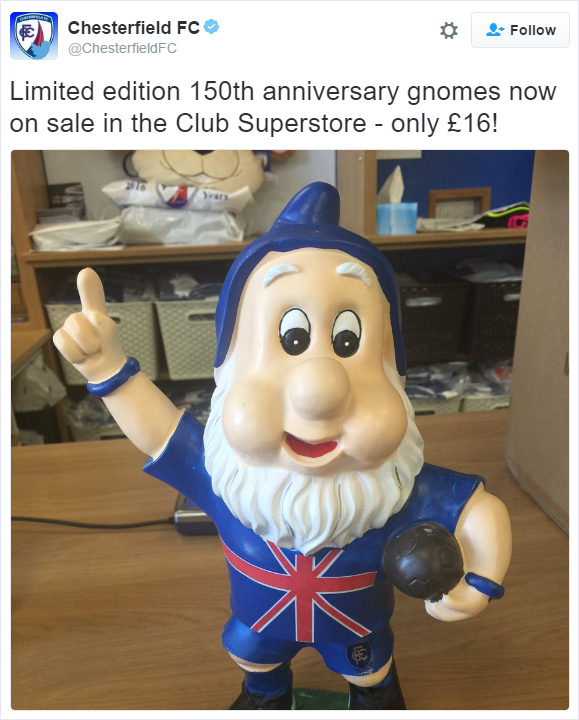 Be sure to head down to the store post haste to avoid the inevitable queues.

This way for more Football Tat on Pies