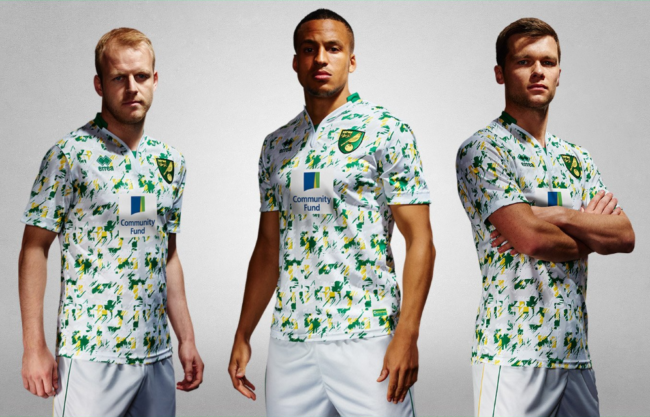 Norwich City have unveiled Pies’ kit of the year so far with their brazenly grotesque, triumphantly disgusting new third strip for the coming season.

Knocked out by Errea, the 2016/17 change kit is an unofficial homage to the Canaries’ blotchy and disorientating home strip of 1992/93, which in itself was a homage to grim hospital bedclothes of the 1980s… 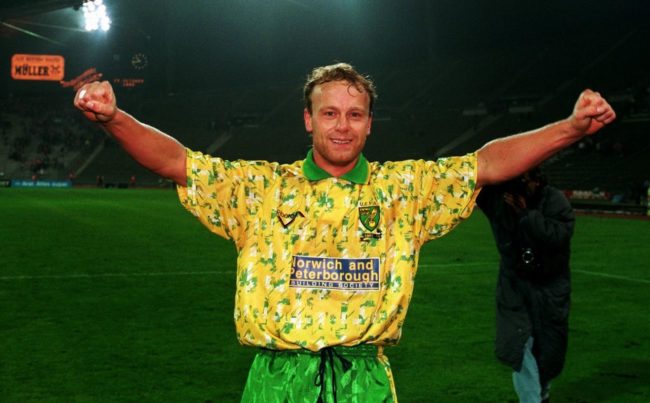 Looks like it’s made from a shower curtain. We hate it. We love it.

We really can’t be any clearer than that.