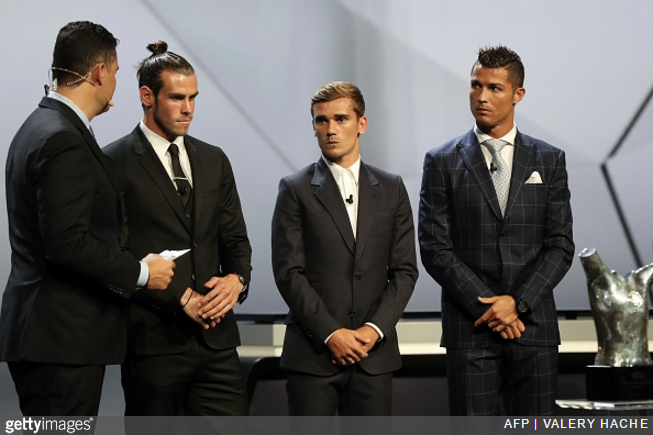 All business from the waist up

If by some miracle you made it through the Champions League group stage draw without slipping into a psychosomatic coma, you’ll know that Cristiano Ronaldo was awarded a dismembered torso for being the ‘UEFA Best Player In Europe’ last year.

However, while it was Ronaldo that took the honours, most of the social media chatter was percolated by runner-up Antoine Griezmann and his… shall we say ‘distinctive’ choice of outfit for the evening.

Along with a suit that looked like it was borrowed from lost property, Griezmann opted for a rather jazzy pair of silver, glitter-encrusted trainers that looked like they’d been plucked from the end of the aisle during a mad trolley dash around TK Maxx.

Being of the French persuasion, he also opted for a distinct lack of substance in the sock department, just to tie the ensemble together… 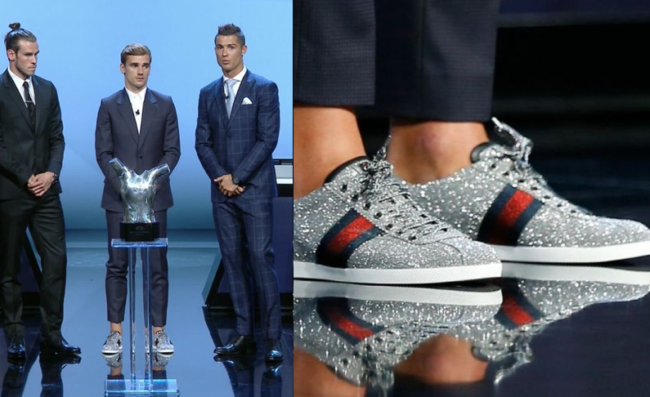 Unsurprisingly Twitter was unsparing, with people lining up to pan Griezmann for looking like a lost child at a theme park.

Antoine Griezmann… WHAT ARE THOSE?! pic.twitter.com/lHIBqYbfX8

No tie and no socks. How French does Griezmann look? You almost expect him to force a woman out of her clothes

Griezmann’s pants length was how close he was to the euro cup and UCL title. pic.twitter.com/jTQzdMnvRU