While the Premier League behemoths continue to attract similarly lucrative commercial deals from around the world, their lowly non-league counterparts are forced to take whatever they can get in the way of revenue.

Now, we’re not saying that Chilwell FC (of the Long Eaton Sunday League) aren’t an enticing prospect for corporate partners, but their current shirt sponsor suggests that they probably weren’t inundated with offers when they put it out to tender… 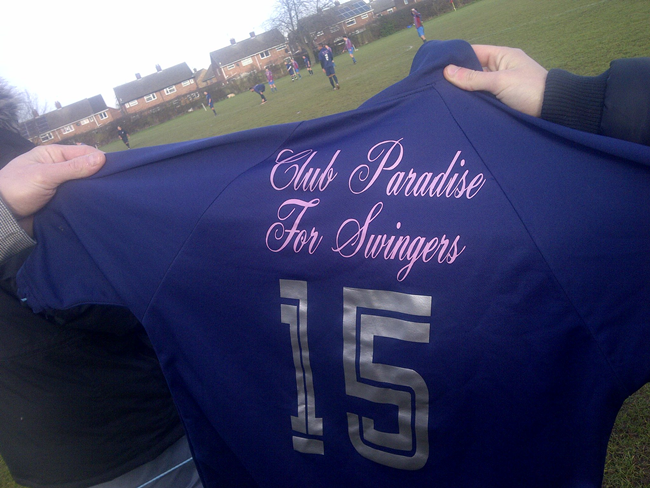 Niiiice, and printed in lurid pink for full effect. You can almost smell the coconut body lotion from here.

Fun fact: Chilwell and Long Eaton are both about five minutes down the road from Pies HQ, not that we’ve ever heard of this ‘Club Paradise’.