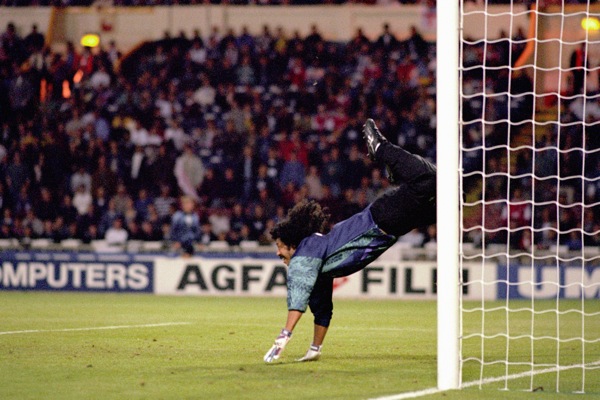 Sit tight, dear friends, for you are about to witness what is undoubtedly the finest example of a Rene Higuita fancy dress costume ever conceived and concocted by the mind of man.

The tip-off came from Daniel Storey, friend o’ Pies (and the newly-crowned FSF Football Writer of the Year, no less!), who shared a photo of the magnificent get-up his friend Ed created for a fancy dress party on Thursday evening.

In fact, you might want to position yourself over your antique Victorian fainting couch for this one… 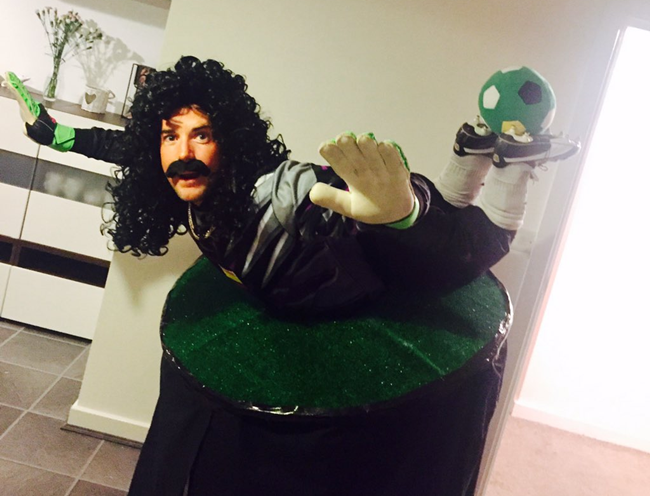 That’s the unmistakable guise of Higuita, fully-splayed in trademark ‘Scorpion Kick’ pose, hovering mere centimetres above the Wembley pitch circa 1995.

He even managed to source an era-appropriate vivid neon goalkeeper jersey to complete the ensemble. 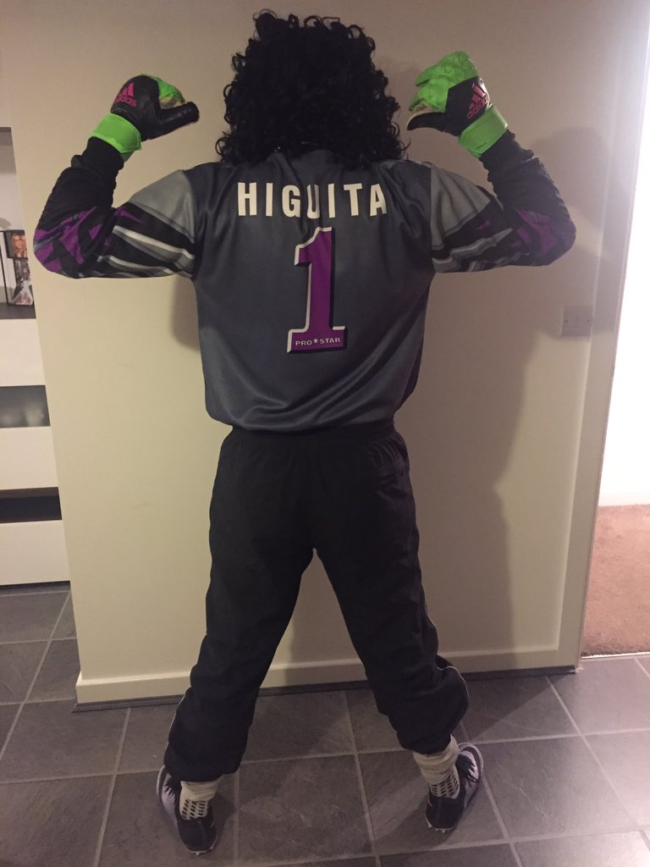 That definitely gets a big ten thumbs-up from Rene…