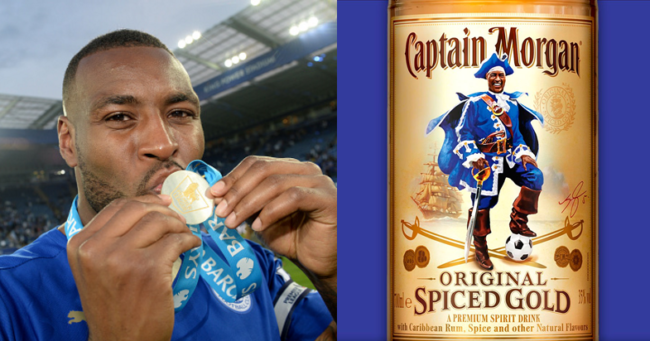 Just when you thought they were out, Captain Morgan come shoe-horning themselves back into the equation.

Indeed, the rum peddlers were quick to cash in on Leicester City’s staggering title success last season by knocking out a limited edition run of bottles with Wes Morgan’s face on the label.

Now it would appear that Captain Morgan are keen to cement their partnership with the Foxes’ skipper (forged in the fires of Mount PR) by signing him up as a ‘brand ambassador’.

While we can hardly disparage Morgan for making hay while the sun shines, some of the contract clauses look naff in the extreme…

Well this could be the best contract I’ve ever signed @CaptainMorganEU 😜😅 pic.twitter.com/1wbjIKvDTf

Good luck at the bar 😉 https://t.co/DQiUyFBZJM

So he’s got to don a pirate costume, form a ‘Y’ shape with his arms and hand out free rum and cokes?

Dignity, thy hath no place here.