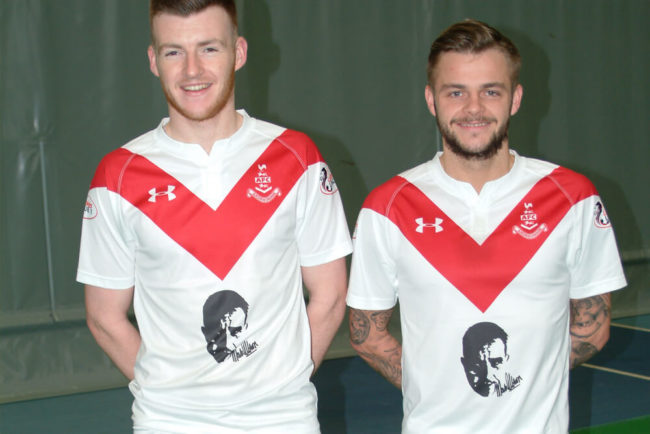 In tribute to one of their own, Airdrieonians have eschewed a shirt sponsor in favour of gracing the front of their home strip with the face of Mark Allison, the “super fan” who sadly lost his long fight against pancreatic cancer in early 2016.

Indeed, the fan-owned Scottish League One side will play with Allison’s portrait on their shirt for the remainder of the season – though that’s not the be all and end all of the gesture, oh no.

Given that Allison devoted the last two years of his life (following his diagnosis in 2014) to raising thousands of pounds for charity, his beloved football club are doing likewise by auctioning off special versions of his tribute jersey.

Having already flogged a shirt signed by Ricky Gervais, Airdrie have now gone and bagged a squiggle from one of the biggest names in the universe: Luke Skywalker himself… 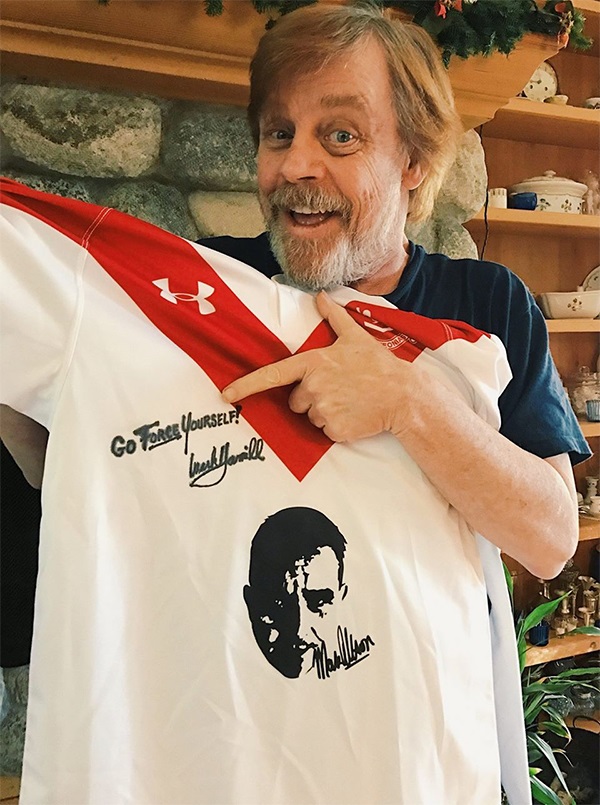 Actor Mark Hammill happily posed with his signed shirt, which he even saw fit to daub with one of his famously pithy autograph captions!

According to the official Airdrie website, Hammill’s shirt will be sold to help raise funds to build a sensory room at the club’s Excelsior Stadium to “allow children with sensory process disorders such as autism to enjoy the football.”

Should you fancy a flutter, the official Ebay listing is here. Bidding is already up around the £600 mark.

May the force be with you.