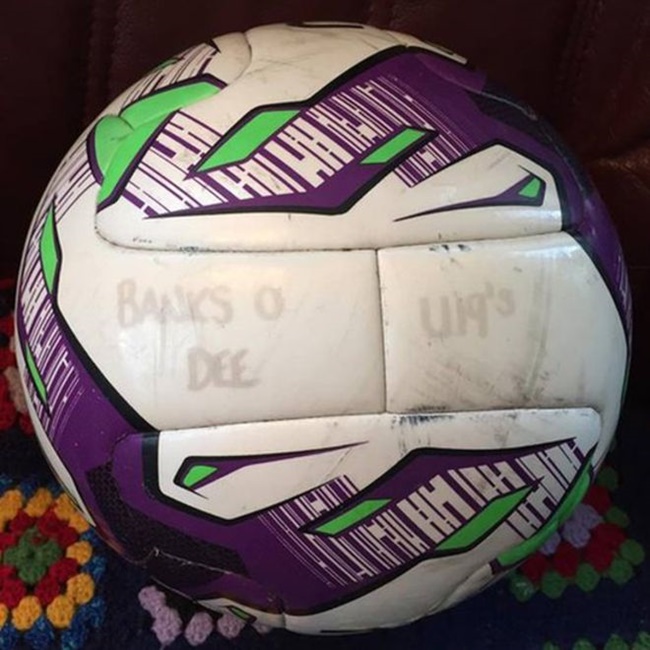 When a wayward shot was sent soaring over the fence and into the River Dee, aptly-named Scottish football club Banks o’ Dee FC simply resigned themselves to losing that football forever.

However, the Aberdeen-based Under-19s team have since been reunited with the ball after it was discovered washed up on the other side of both the North and the Norwegian Sea.

The ball was apparently retrieved from the water over 1,000 miles away on the small island of Vanna, which is situated at the far north end of Norway, deep inside the Arctic Circle… 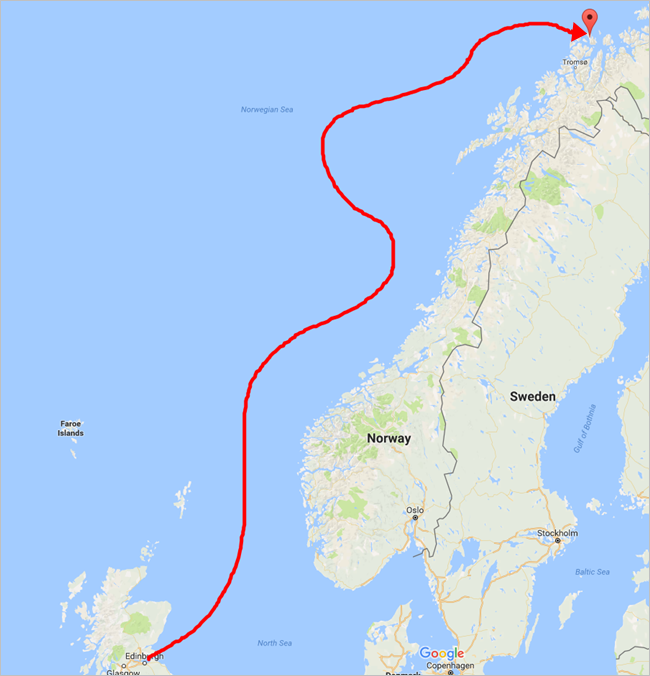 Banks o’ Dee FC received an email from Vanna resident Johnny Mikalsen, who was able to track the club down thanks to their name being written on the ball in permanent marker.

According to BBC Scotland, the email read:

Hi! You properly have one of the best long distance kickers in the world.

A friend of mine found a football with your club name on by the seaside.

It has travelled quite a distance. We are located 1,800km (1,118 miles) north of Aberdeen, on an island called Vanna, 10km north of Tromso, the capital of North Norway.

The football is just a little bit dirty after such a long distance, but fully useable. See enclosed picture.

And that is the very picture you can see above.

Recounting the tale to the Beeb, Mikalsen revealed that the ball was found nestled amongst some driftwood.

Maybe it’s possible to bring it over. That would be nice.

Banks o’ Dee club secretary Tom Ewan was equally surprised to learn of the intrepid sphere’s fate, branding the yarn a “Norse saga” while admitting that most of the balls that his players send into the river are simply never seen again.