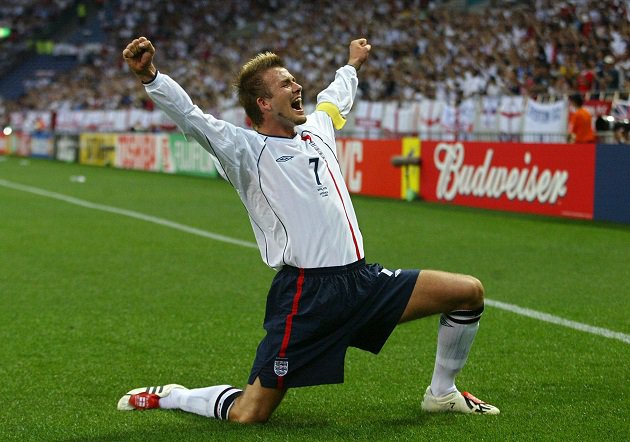 To coincide with David Beckham’s 42nd birth anniversary, Adidas have revisited one of the most coveted colourways to have adorned their Predator boots over the years.

Indeed, Adidas have launched a new ‘Champagne Pack’, which features a contemporary re-working of the classic off-white, sparkly boots worn by Beckham during his heyday.

A legend of the game is reborn. The iconic Predator Mania is back as part of the limited collection champagne pack.

It’s even got that fold-over tongue thing that Beckham seemed to wear with relish, thus exposing half of the top of his feet… 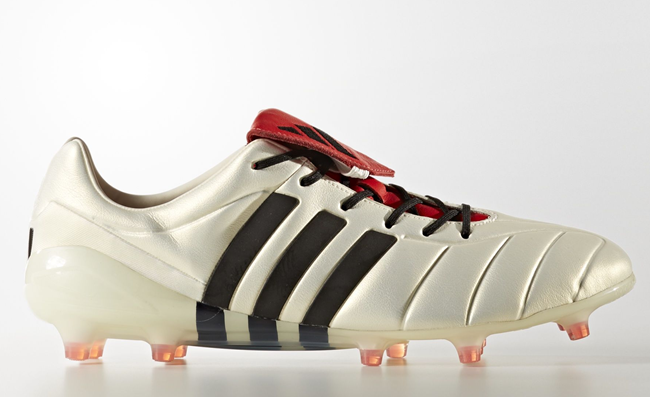 Should you wish to relive your ‘Champagne’ years all over again, a pair of these revamped Predator Manias will set you back a whopping £249.95 from the official Adidas online store when they go on sale on Wednesday.

That’s the price you pay for misty-eyed nostalgia.