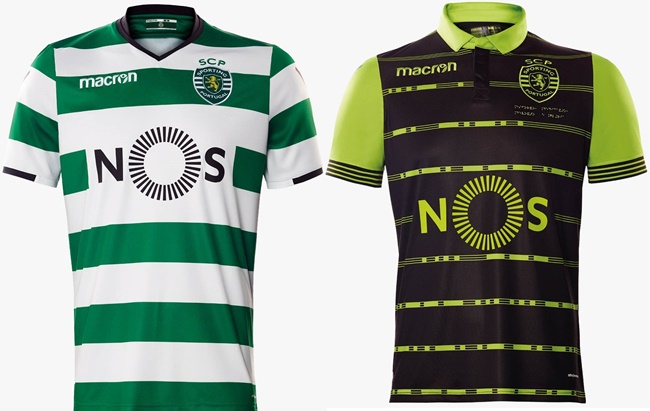 Sporting Libson (or Sporting Clube de Portugal if you’d prefer) have unveiled a couple of new shirts for 2017/18, and one comes with a rather unique feature.

Suppliers Macron have incorporated a special message into the away jerseys, which first and foremost features a motto stamped in Braille under the club crest… 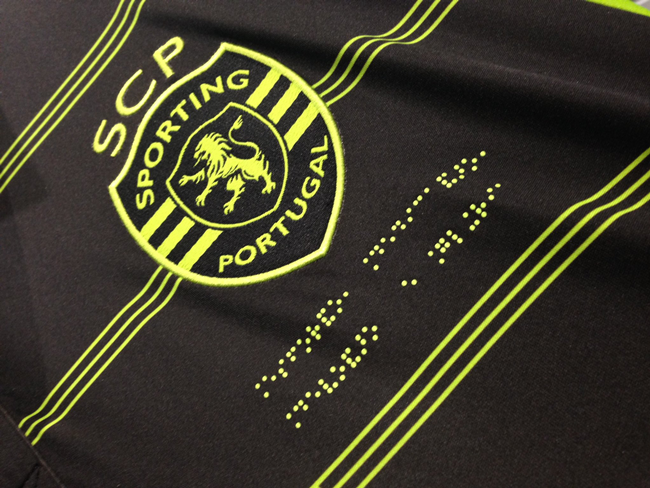 Secondly, the horizontal stripes across the shirt actually represent a chant sung by Sporting fans, which has been rendered in Morse code – dash, dash, dot, dot, etc, etc.

Not sure if our Morse decryption is still up to snuff, but we’re fairly sure it says ‘The referee’s a w**ker’ in Portuguese.