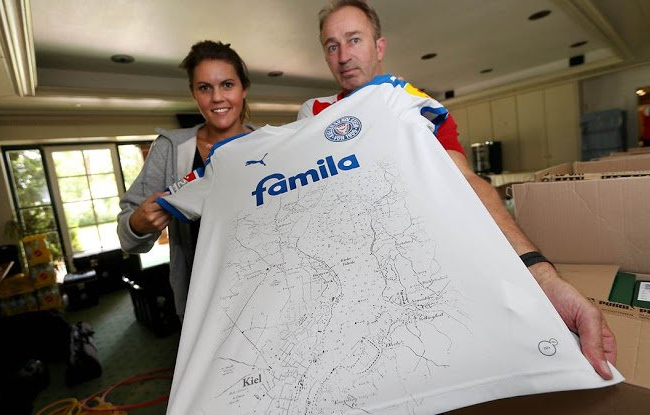 After tussling their way up and out of the German third tier last season, Holstein Kiel decided to pay homage to their roots by featuring one of their most famous local landmarks on their new kit.

As such, the club produced a kit that featured a historical map of the Kieler Fjord as it looked in 1900.

Sadly, however, the shirt has since been rejected by Deutsche Fußball Liga (DFL) officials, who deemed that the map was an “unauthorised image” rather than a design element, and therefore in breach of their kit guidelines.

Too bad, the DFL is of the opinion that this is an unauthorised image and not a design element.

We are now developing a new idea.

Paarmann also added that the kit may not be scotched entirely, as the DFL may still allow it to be worn in cup matches and friendlies.

At least that’s something, for it would be wrong to let such an elegantly designed and executed jersey fall by the wayside.