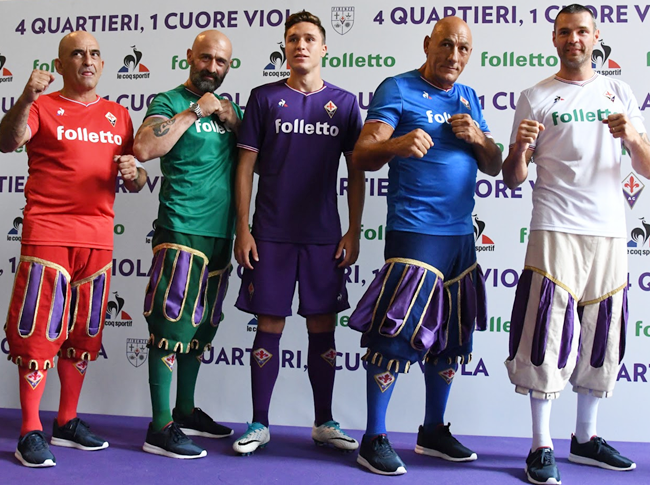 To go along with their achingly beautiful (as ever) purple home strip, Fiorentina will have not one, not two, not three, but four spanking new away kits to choose from for the duration of the 2017/18 season.

The four strips are inspired by the four historic quarters of Florence, all of which are fiercely represented during the annual Calcio Storico match that takes place in the Piazza Santa Croce on 24th June every year.

As you may be aware, Calcio Storico is a truly brutal affair, with the four teams – Santa Croce (blue), Santo Spirito (white), Santa Maria Novella (red) and San Giovanni (green) – all battering the living daylights out of each other in the name of sporting tradition.

In homage, the city’s actual football team will wear all four colours over the course of the new campaign… 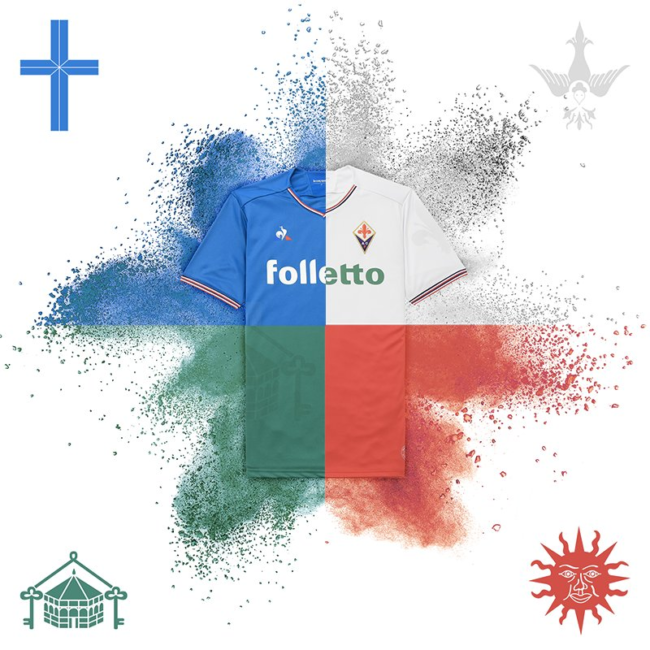 Fiorentina’s plan to have five kits was first revealed a couple of months ago, but the concept still had to be ratified by the Serie A top brass.

Lega Serie A general director Marco Brunelli was the man who subsequently gave it the green light:

Fiorentina have decided to have four second strips and we have supported this particular idea, which values the history and traditions of Florence.

Serie A is always looking to ensure there is a feeling between fans, sport and initiatives linked with the development of the game of football.

At €85 a pop, we can only imagine what that ‘feeling’ must be for Viola fans who are hankering after the full set.