Indeed, Nacer Chadli’s swirling freekick to open the scoring proved to be one of few stand-out moments.

However, the fixture is sadly likely to be marked in the annals of football history as one of the darkest on record, for it was on Monday 16th October, 2017, in Leicester, that the world first bore witness to the managerial half-and-half scarf.

Just when you thought that half-and-half merchandise had reached its nadir, somebody out there goes and cobbles together this confusingly banal piece of tat… 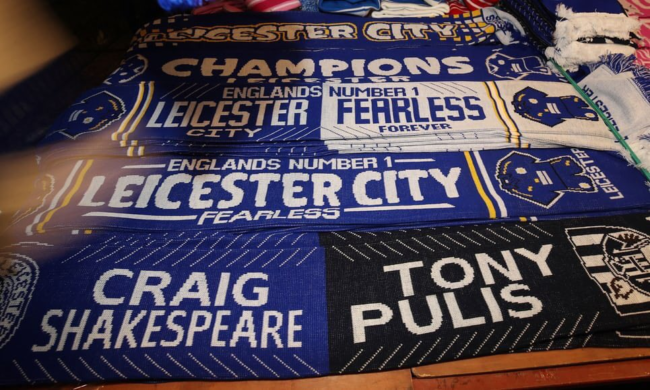 We despair, we really do.