West Brom have announced that they plan to stage another lovely tribute to the late Cyrille Regis by donning special shirts for this weekend’s Premier League tie against Southampton at the Hawthorns.

The match represents the club’s first home game since Regis sadly passed away at the age of 59 on 15th January.

The Baggies’ jerseys will be embroidered with an image of the legendary striker celebrating one of the 112 goals he scored for the club – specifically a strike against Notts County in 1982. 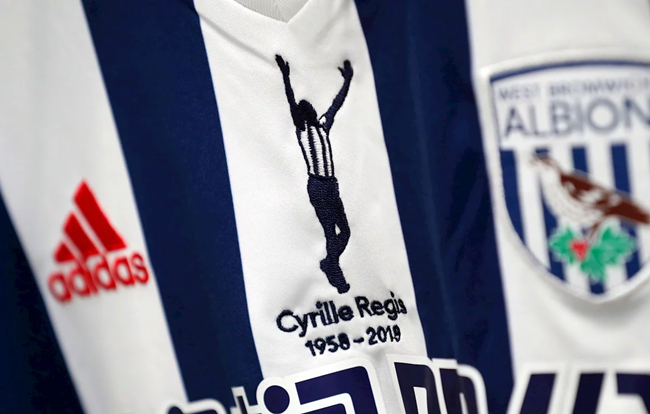 As well as the shirts, West Brom are also planning to spend the entire hour before the match celebrating Regis’ life and times, including video tributes and a parade of his former teammates and friends, climaxing with a rousing minute’s applause directly before kick-off.

What’s more, the Baggies are also planning to auction off the one-time-only kits to raise money for a charity chosen by the Regis family, with full details of the sale set to be released via the official club website at some point next week.