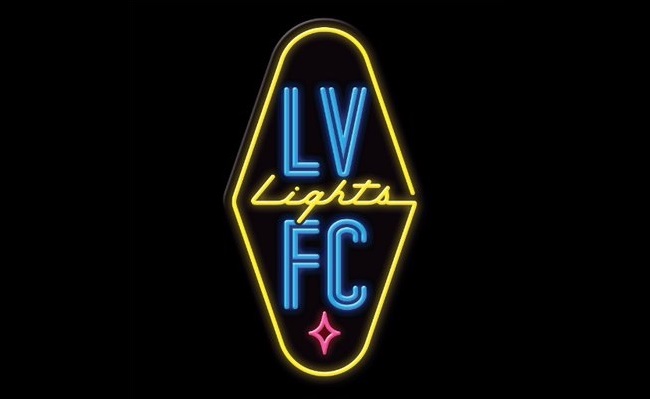 Having been granted United Soccer League (the third tier of US soccer) expansion team status last year, the Lights proudly unveiled their new badge (see above) in October as they began to formulate their identity.

It looks like a neon sign you’d see outside a strip club in Grand Theft Auto and that’s no bad thing as far as we’re concerned.

However, things have taken a turn for the slightly weird with the launch of the Lights’ first ever kit, with the nascent club once again adopting the ‘neon’ theme to produce a strip that looks more like a printer test document: cyan, magenta, yellow and key. 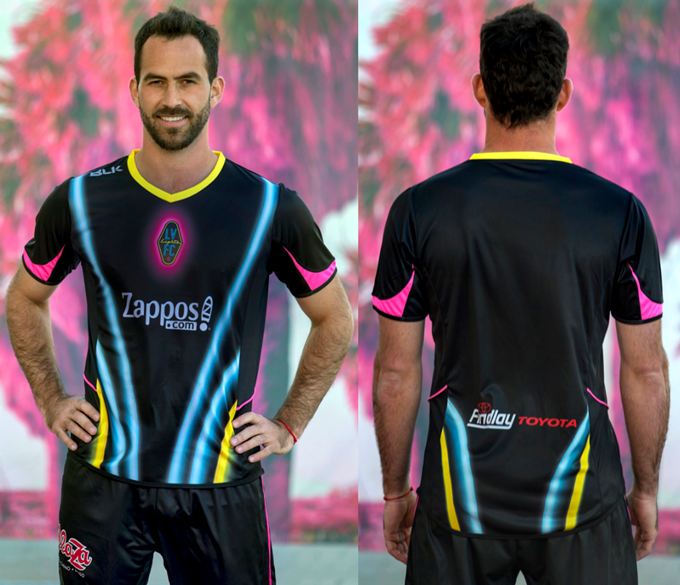 We can see what they were going for, and we like the ‘halo’ around the crest, but that thing just ain’t pretty.

It all gets even stranger when you delve inside to find a large, glittery smiley face printed internally… 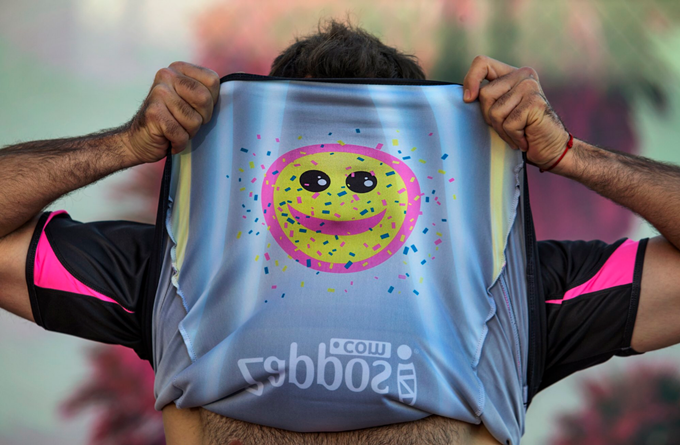 While Pies are certainly not about to chastise the Lights for having a bit of fun with their inaugural kit, we’re struggling to get on board with the emoji element.

Club owner and chief executive Brett Lashbrook reckons it’s the “the boldest, most unique jersey in all of professional soccer”.

Sorry Brett, but Getafe would certainly like a word about the whole “unique” thing. 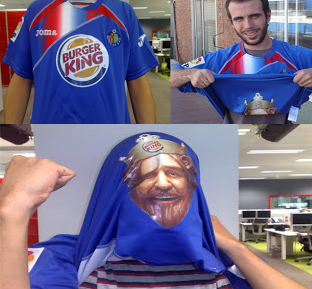