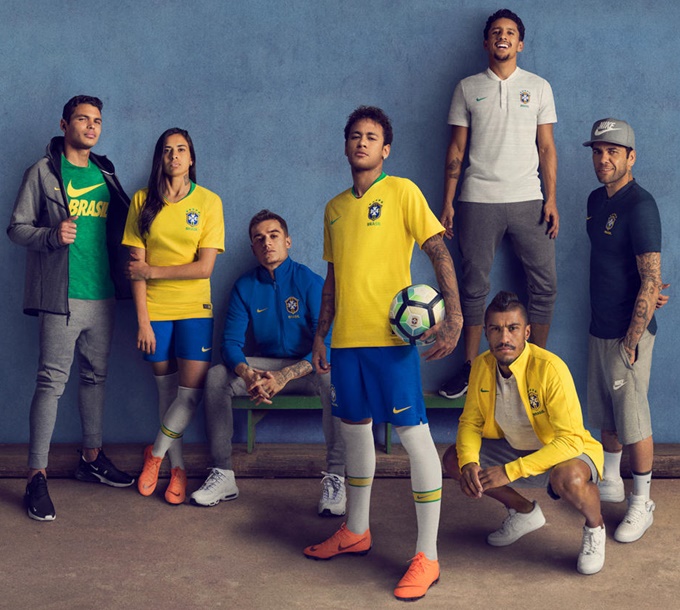 Nike have finally furnished us with the brand new togs Brazil will be wearing at the World Cup this summer.

The home kit features a new shirt which Nike assure us is rendered in the brightest and most vivid shade of yellow that the Selecao have sported for over 20 years. 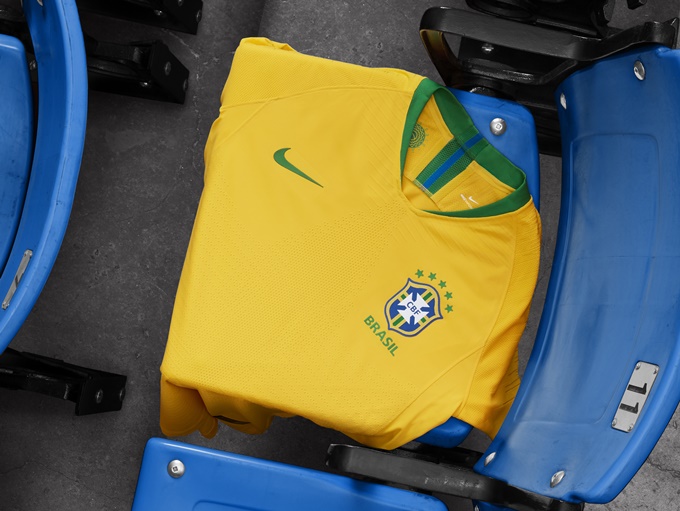 Indeed, the designers took a trip to the Football Museum in Sao Paulo and used a colour swatch book to match the exact ‘Samba Gold’ hue of the shirts Brazil wore while winning the 1970 World Cup in Mexico.

The away kit sticks with the classic blue/yellow/white formula though, as modelled ably by Paulinho here, the shirt does feature a rather smart ‘geometric camo’ motif across the torso… 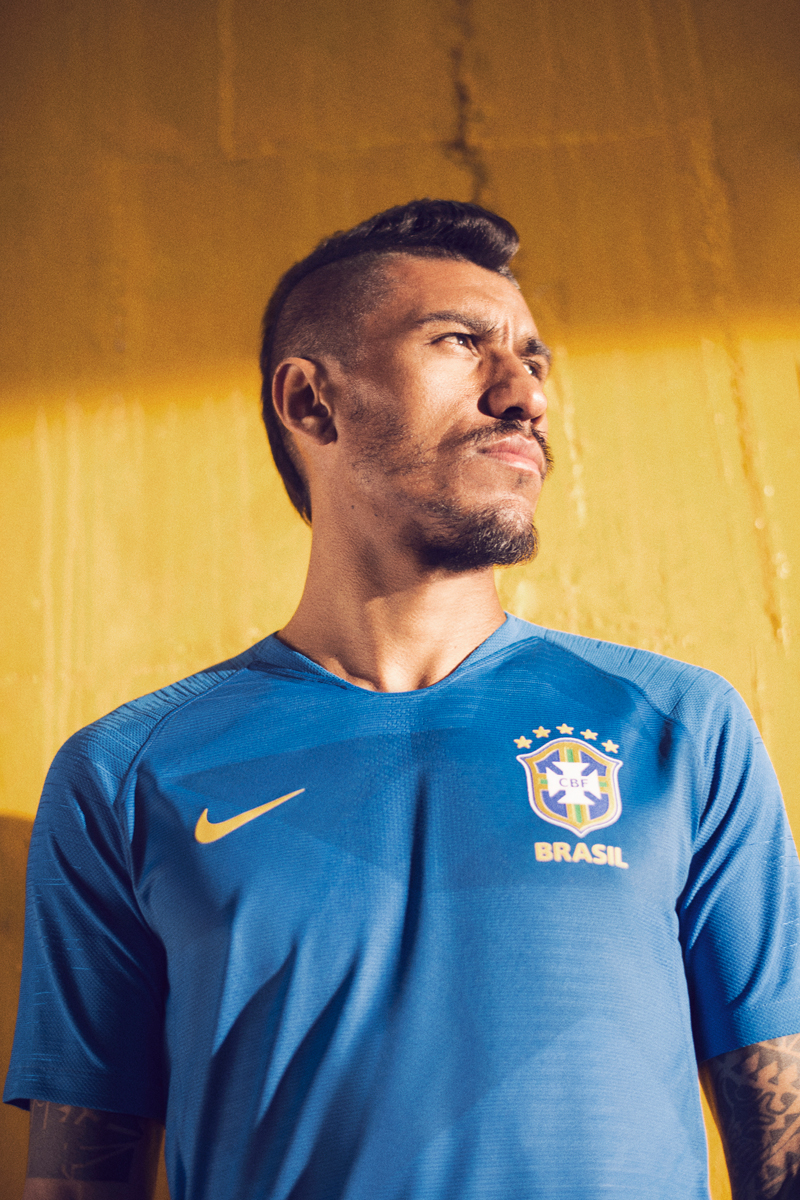 Brazil are set to wear one of their new strips for the very first time this Friday, when they take on hosts Russia in a World Cup warm-up friendly in Moscow.