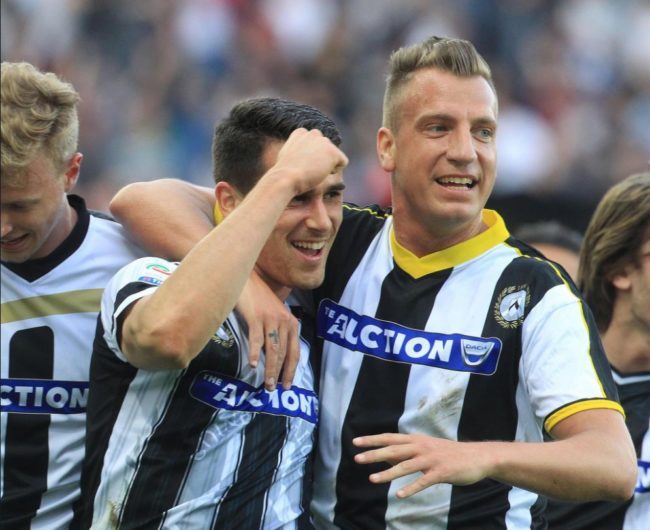 Udinese’s 10 outfield players all sported different shirts during their Serie A clash with Lazio on Sunday.

The shirts, from the club’s last 10 years, were then set to be auctioned for charity after the game in a rather fantastic gesture from the Bianconeri Friuliani.

As for the game itself, Udinese took the lead via a header from Kevin Lasagna.

Udinese now find themselves in 13th spot in the Serie A table, with Lazio 3rd, level on points with rivals Roma.