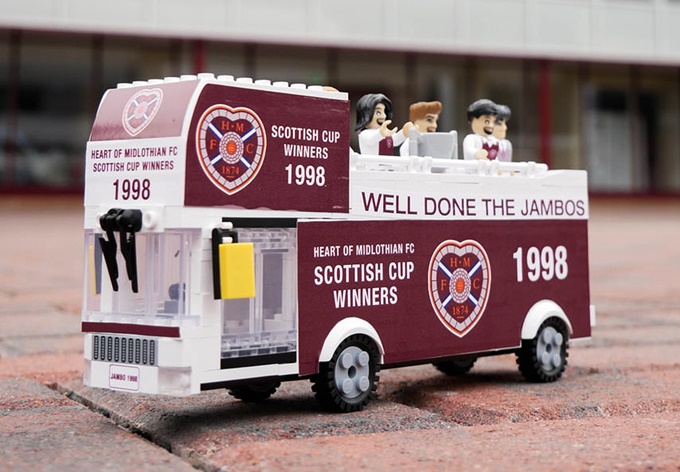 To mark the 20th anniversary of their famous 1998 Scottish Cup final victory, Heart of Midlothian have commemorated the feat with all the gravitas and reverence it deserves: by launching a Lego set of their open-top parade bus.

After going two goals up relatively early, Hearts braved a late onslaught to beat Rangers 2-1 in a tense final at Hampden Park – Ally McCoist’s final game for the ‘Gers.

Now, new in the Hearts online store, fans can relive that manic day all over again by shelling out £79 for this…