Despite being relegated from the Bundesliga after finishing dead last, Cologne can at least console themselves with the fact that 2017/18 saw the club set a new record in terms of merchandise sales.

According to Footy Headlines, the Billy Goats shifted more than 70,000 replica shirts over the course of the campaign, up 20,000 units from last year’s tally – which was also a record.

However, the vastly inflated shirt sales may have something to do with the fact that Cologne wore no less than seven – seven! – different kits in the 43 competitive games they played this season just past. 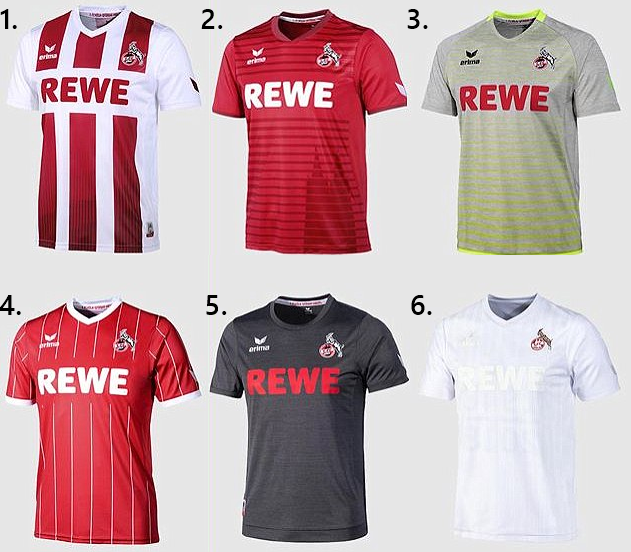 The more, the merrier: Six of the seven shirts worn by Cologne during the 2017/18 season

As well as the standard home and away kits (1 & 2), Cologne also released a third shirt (3), and an alternate home shirt specifically for use in the Europa League (4).

Of the two black jerseys, both were worn on a one-off basis but only the second (5) was put on sale to fans.

They may be playing in the second tier next season, but hopefully Cologne will be able to offset any fall in TV revenue, etc, by churning out as many new kits as needs be – 10? 20? A different custom shirt for every game?

Who knows where this madness will end.