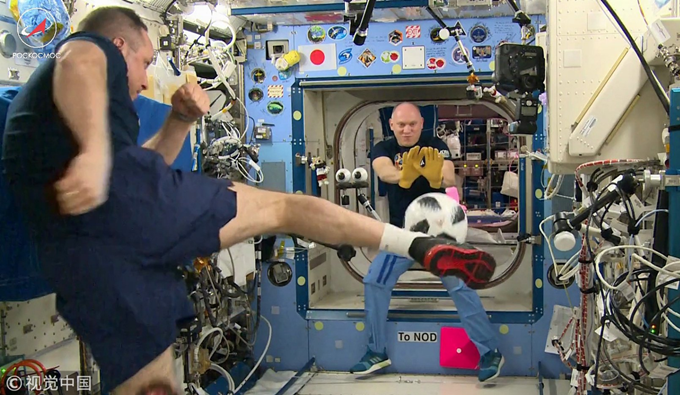 Just to make doubly sure we’re not stumbling headlong into another ‘Jabulani situation’, the new Adidas match-ball being used at the 2018 World Cup has been rigorously tested under all manner of stresses and pressures.

Indeed, thanks to a pair of Russian cosmonauts, we can happily confirm that the Telstar 18 even behaves itself in low-Earth orbit.

Russian cosmonauts play football with the official FIFA World Cup ball Telstar-18 onboard International Space Station; the #WorldCup2018 will start on June 14 and take place in 11 cities across Russia pic.twitter.com/tdKkHnu8xt

The footage has since been shared by Roscosmos, the Russian space agency, with Shkaplerov firing effortless shots at Artemyev’s goal, which just so happened to be a Russia flag stuck in front of a doorway…

Thankfully, both cosmonauts will be return from their cosmic kick-about in good time to watch the World Cup commence, with the crew scheduled to return to Earth on 3rd June.