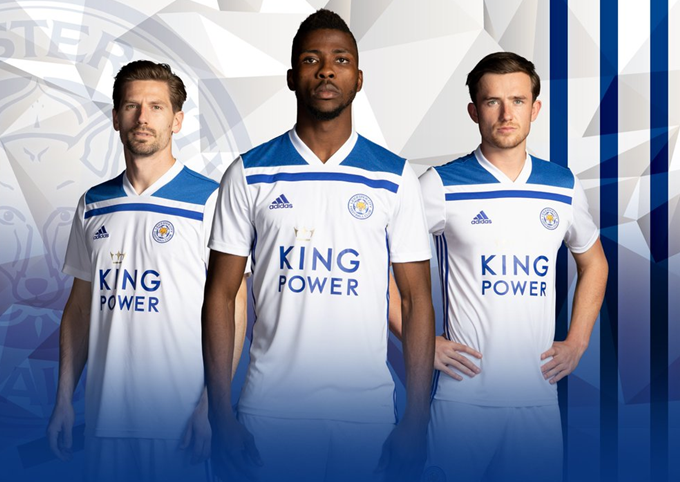 For all intents and purposes, Leicester City’s latest away kit for 2018/19 is a suitably handsome offering.

However, the strip has caused an outbreak of mild grumbling amid the Foxes’ fanbase after it duly emerged that their new shirt is merely a pre-existing Adidas template with club livery tacked on.

Upon launch, Adidas described the Leicester jersey as a “vintage design“, which is actually rather fitting as the exact same basic ‘Regista’ shirt – minus badges and sponsors – is being flogged for less than £15 from several online sportswear retailers.

For the record, Leicester’s new away shirt is on sale priced at £55 on the club’s webstore. 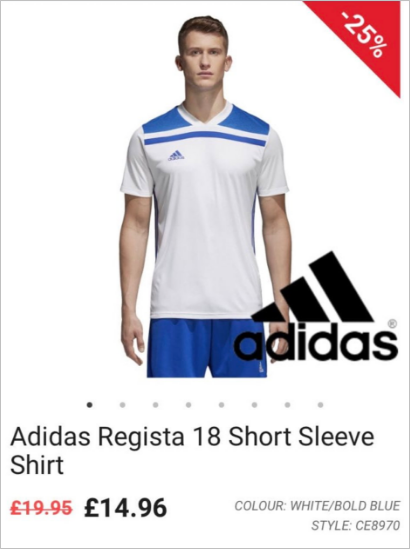 Of course you’re paying a premium for the badge every time you buy a football shirt, but should it really cost £40?

We understand that Adidas will be reluctant to funnel a vast amount of time and resources into knocking out a Leicester third kit that is only going to be worn a handful of times before being replaced this time next year, but still…

Perhaps investing just a little more effort into designing something which has at least a wafer-thin pretence of distinctiveness would entice more fans into parting with their hard-earned.