Pies can still remember the first time we were flicking through a football magazine of yore (probably FourFourTwo or World Soccer) and instantly becoming enthralled by  these achingly lovely hand-drawn adverts for the Adidas Predator.

Beautifully illustrated by Celia Calle, the comic book-style ‘caricature’ print ads for the Predator Precision first ran in March 2001 and featured everybody from David Beckham, to Patrick Kluivert, to Zinedine Zidane, to… erm, Harry Kewell and Kieron Dyer.

The ads introduced “new rules for the new Predator”, with each depicting a permitted handicap that teams may deploy if facing a player wearing the deadly new Precision boots – extra defenders in the wall, match officials being allowed to join in with the tackling, etc, etc… 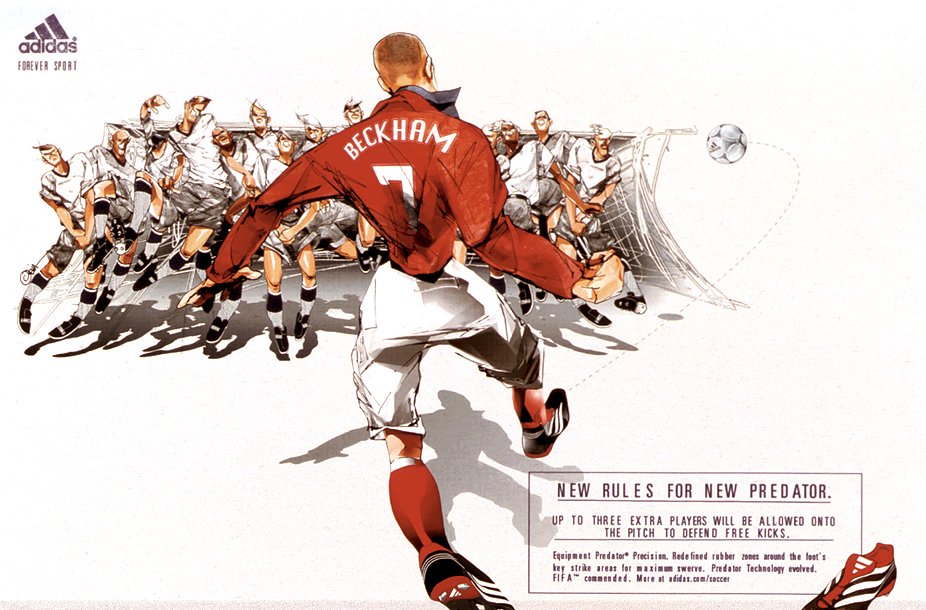 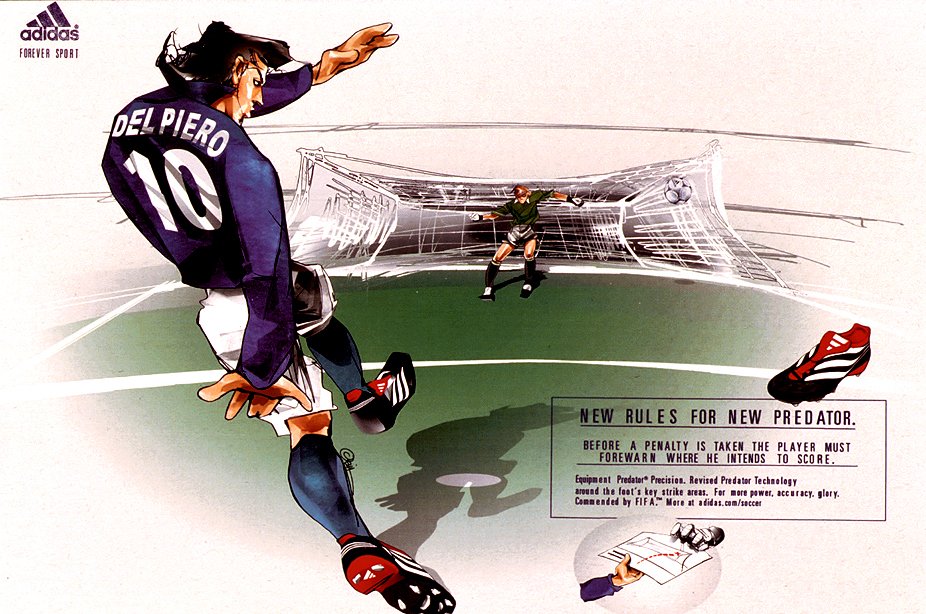 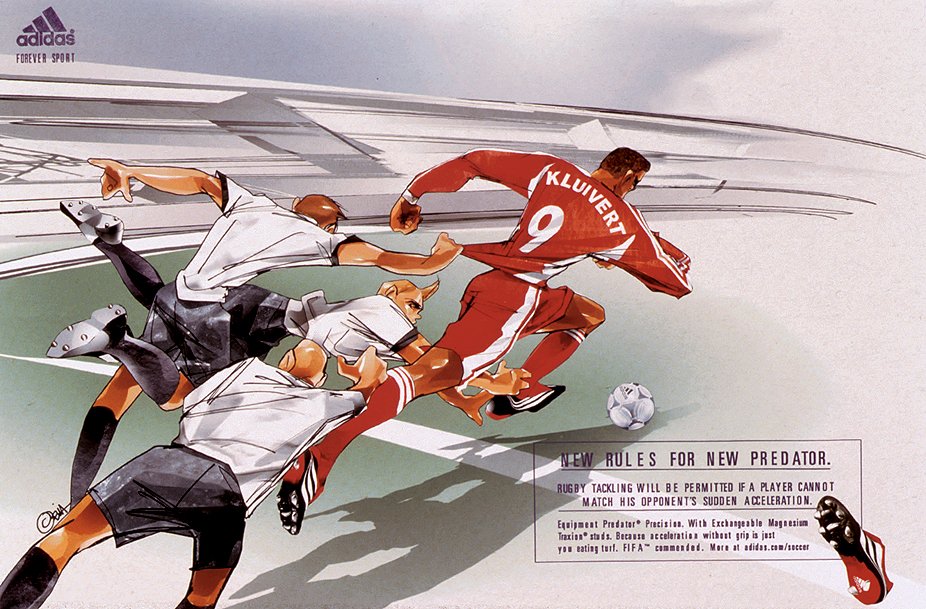 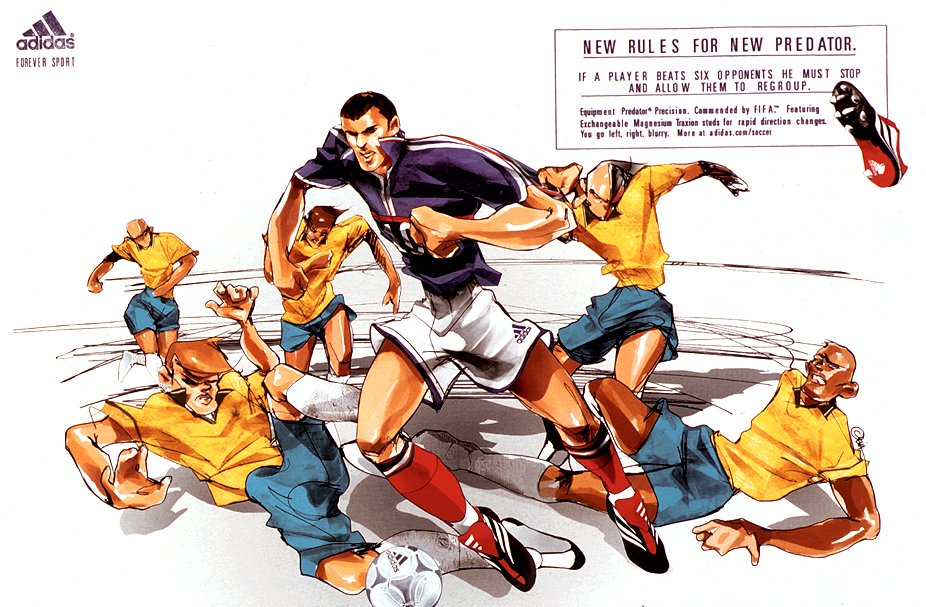 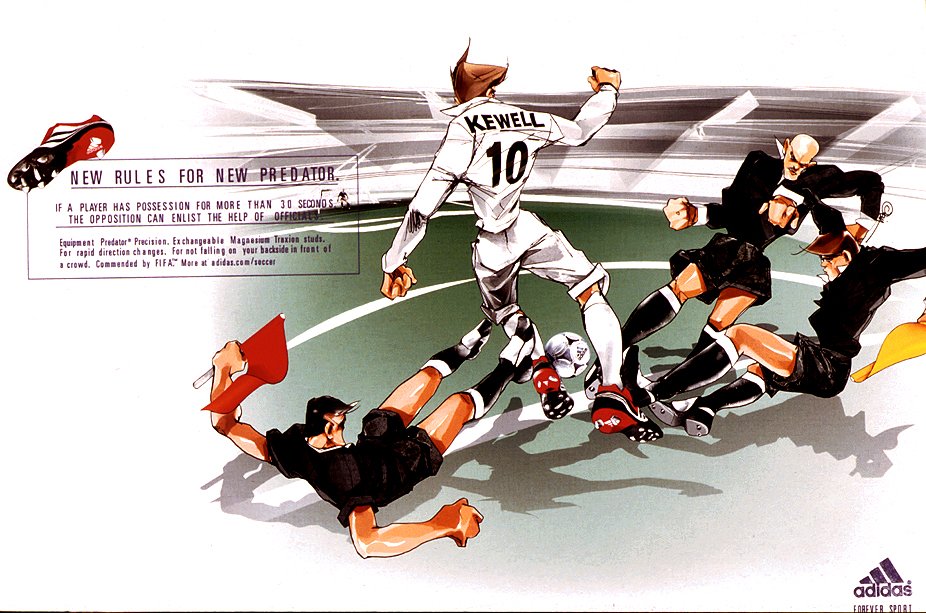 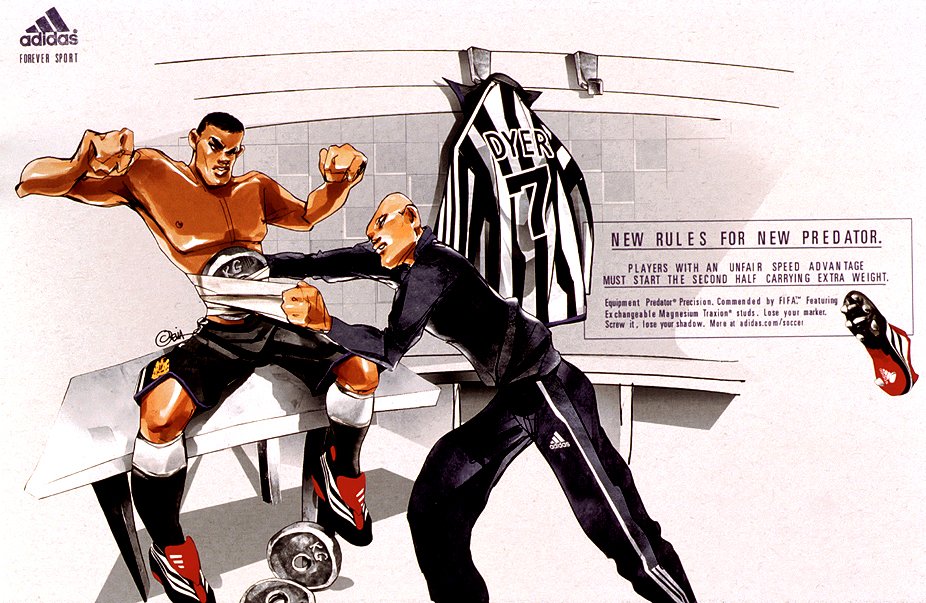 Exquisite, and still as fresh and stylish as the very first day we laid eyes on them.